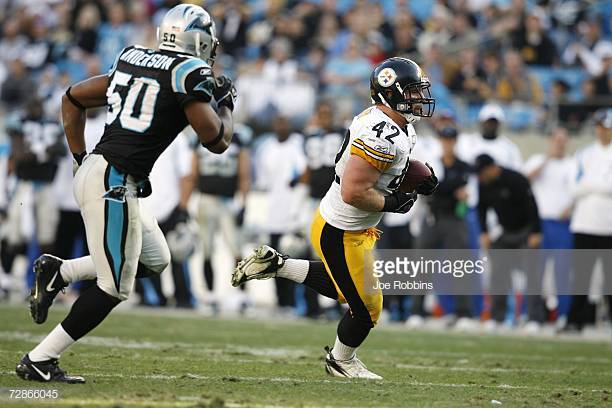 It would’ve been reasonable to assume an unknown fullback from Shippensburg wouldn’t have had anything resembling a successful NFL career. John Kuhn bucked that trend. But after 12 years in the league, he’s finally hanging up his cleats. Kuhn, now 36, announced his retirement today, doing so as a member of the Green Bay Packers. But his career got off the ground by the first team to take a flier on him – the Pittsburgh Steelers.

A UDFA in 2005, he bounced on and off the Steelers practice squad. Pittsburgh promoted him in the middle of 2006, playing in nine games with three total touches. I was able to locate a clip of Kuhn’s first career touch, the final carry of the day in a Thursday Night 27-7 beatdown of the Cleveland Browns. On 1st and 15, he picked up a first down to set up Charlie Batch’s final pair of kneeldowns.

His long career with Green Bay began after the Steelers cut him at the end of 2007 cutdowns. He’d spend nine years there, becoming both a fan favorite and goal line specialist.

He found paydirt 15 times on fewer than 200 carries with the Packers, chipping in another eight touchdown receptions.

“He was a true professional whose work ethic and leadership set a great example both on the field and in the locker room,” Packers GM Brian Gutekurst said in a statement to the team site earlier Wednesday. “We want to thank John and his family for all they did for the Packers and in the community as well as wish them nothing but the best.”

After leaving Green Bay, he spent another two seasons in New Orleans, scoring five more touchdowns. Despite apparent league-wide interest last summer, Kuhn was out of the league in 2018.

He is one of five players in Shippensburg history to appear in the NFL and one of only three to play longer than one season. Cornerback Brent Grimes is one of the two others, still active after finishing out this year with the Bucs.