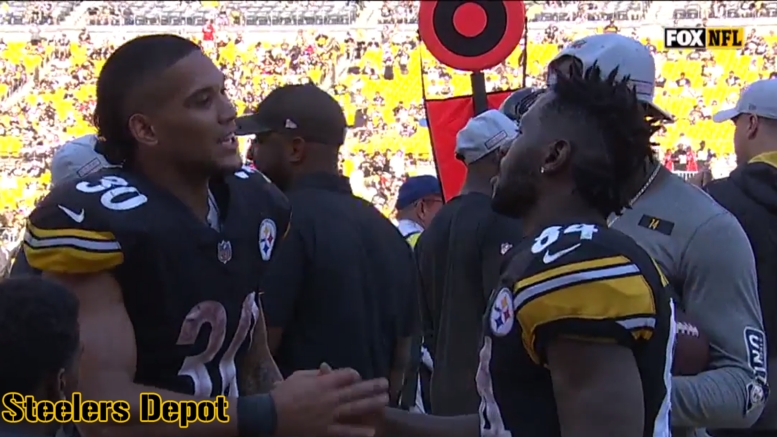 Question: Will the Steelers get a first-round draft pick in trade for Antonio Brown?

Adam Schefter reported last night that among the teams that have expressed interest in trading for Antonio Brown, the three that have been leading the way so far are the Raiders and the Titans, as well as Washington. Schefter also reported that, to nobody’s surprise, they are seeking a first-round pick.

He writes that that is already a concession on their part, as they were originally seeking a first-round pick in addition to another pick or player. But it’s hard to imagine the Steelers being able to hold on to Brown after everything that has happened.

So it looks like the Steelers are going to be committed to the dad driving his family to the mall and being insistent on finding the best possible parking spot on a busy day. He will loop around every row of cars that contain the choicest possibilities until he exhausts each one, before he has not choice to settle.

He has to park somewhere. His wife is waiting. The Steelers have to trade Brown. The relationship is unsalvageable. But part of the method of obtaining the best possible compensation is bluffing about the possibility of holding on to him. Maybe even actually holding on to him into the summer.

The Raiders are obviously the Steelers’ best chance of getting that best possible compensation due to the fact that they have three first-round draft picks available to them and have expressed the willingness to deal at least one of them.

Oakland gave up a third-round pick last year for Martavis Bryant, and the two teams also dealt on Ryan Switzer, so there is a business relationship between the two teams. Hopefully there isn’t buyer’s remorse on Oakland’s part. What does Mike Mayock think about Brown in his locker room? I hope Derek Carr never talks about his receivers’ route running.