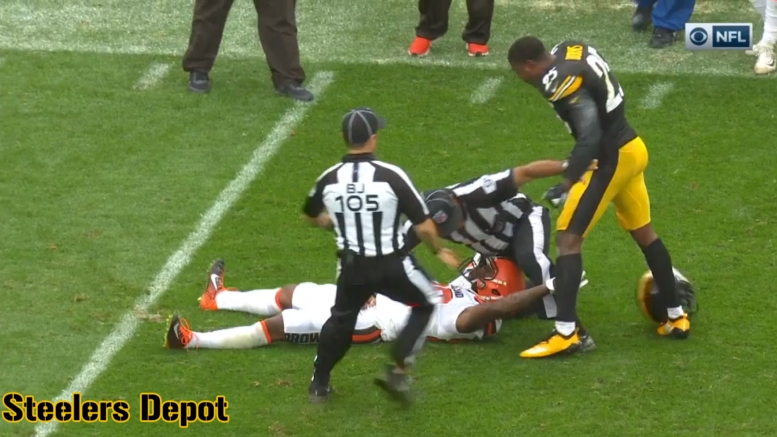 Well, I think it’s safe to say that the Steelers will not be exercising the fifth-year option on three-year veteran cornerback Artie Burns this offseason after he was demoted just two games into the 2018 season, and benched after the first six games.

It will mark just the second time among the six first-rounders that the Steelers have drafted since the fifth-year option for first-round picks was added to the CBA in 2011 in which the team will not exercise it, the only previous case being 2013 first-rounder Jarvis Jones. Cameron Heyward, David DeCastro, Ryan Shazier, and Bud Dupree all had their options picked up, the first three turning into Pro Bowlers, and T.J. Watt is almost sure to have his picked up already after making the Pro Bowl in his second season.

Burns entered the starting lineup in the middle of his rookie season and proceeded to intercept three passes. He has one since then. And he had become increasingly susceptible to being burned on deep plays, whether on a double move or simply sloppy footwork or attention.

The Steelers began rotating in Coty Sensabaugh, and while the veteran struggled at first too, he eventually got the upper hand with the job and kept it, Burns only playing due to injury during the final 10 games of the year.

Even he himself talked about losing his confidence, and general manager Kevin Colbert said earlier this offseason that he has got to be able to rediscover that confidence, which he certainly didn’t seem to lack over the course of his first two seasons.

At this point, there’s no harm in carrying him into his fourth season, but he is guaranteed nothing, certainly not a roster spot. The Steelers have no choice but to add competition for him, and it wouldn’t hurt to re-sign Sensabaugh, because otherwise right now their outside starters are Joe Haden in his last year and Cameron Sutton.