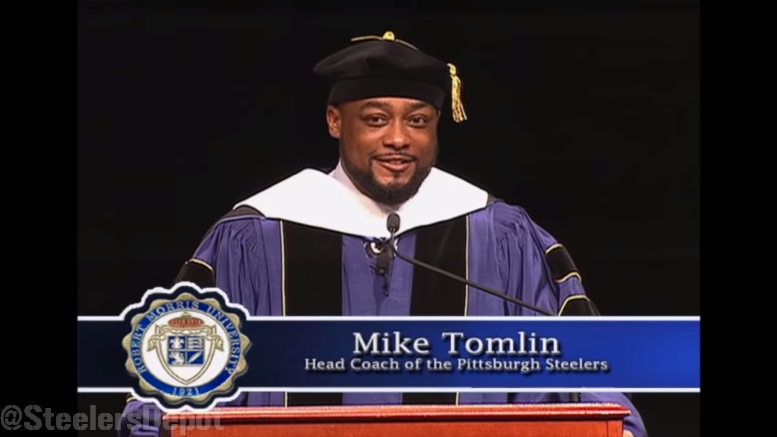 Pittsburgh Steelers Head Coach Mike Tomlin may be under fire from the fans, the media, and even some current and former players, but he doesn’t seem like the type that lets many ‘outside noises’ get to him. After his team failed to reach the playoffs with a 9-6-1 record, we learned of details about some of the inner workings of the locker room that are calling into question years of certain practices Tomlin has either condoned or fostered.

While his abilities as a coach can be questioned, I don’t think his love for the game and his role within it should be. He has always striven to be an ambassador for football and has frequently spoken out in defense of it when it has been under attack for one reason or another.

He has also been outspoken about his belief in the value of the game at the youth level and the importance in maintaining and growing the game at the grassroots, even if that means that it has to undergo a bit of a transformation.

To that end, it was announced that Tomlin will be participating in the 2019 USA Football National Conference as the keynote speaker, where he will address hundreds upon hundreds of youth football coaches about his view of the game from the bottom up and the way forward.

“I am pleased to be with the USA Football family at its National Conference”, the Steelers’ head coach said through the team’s website. “These coaches, athletic directors and parents form the backbone of our communities as well as our sport. I look forward to meeting them and sharing all I can about the power of football in the lives of our kids and teaching it in a way that inspires them far beyond the playing field”.

It’s not surprising to see him participate in this capacity, as he has been a frequent presence on the public speaking circuit, doing so in a variety of venues directly related to or tangential to the game, at school graduations or concussion research conferences or ceremonies honoring those involved in the game.

As I’m sure most of you are aware, there has been some pushback about youth football as it pertains to the health and safety of children of a young age. Tackle football at the lowest levels has largely been eliminated as youth football numbers have dropped, with many parents choosing to involve their children in alternative sports instead.

New safety regulations standardized in the NFL have been making their way down to the grassroots levels, however, with tangible results, and this is a narrative that they have to seize upon if they want to convince parents that the game is (relatively) safe for their children—including Tomlin’s two sons, both of whom play.