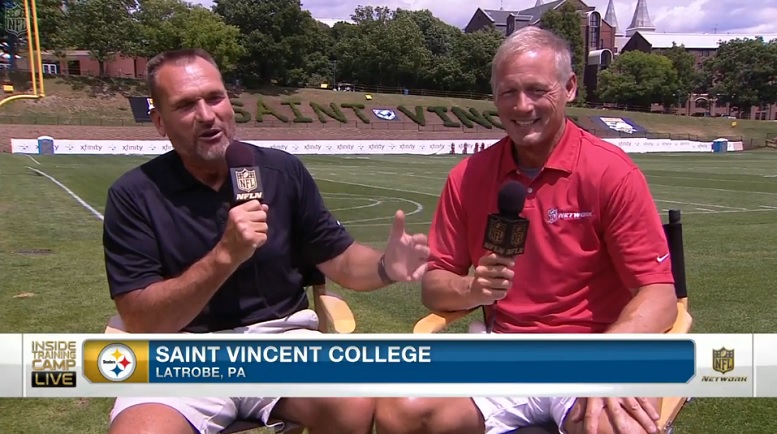 The 2019 NFL Scouting Combine is going to be weird this year. It’s going to be different. That is because former NFL Network analyst Mike Mayock will no longer be there openly providing his insights. After the Oakland Raiders chose to name him their general manager this offseason, replacing Reggie McKenzie, he will still be in Indianapolis, but he will be keeping his thoughts to himself—or, at least trying to.

“I’m trying to train myself a little bit because I have a big frigging mouth when I talk football”, Mayock said recently. “I have to watch myself a little bit”. And anybody who has ever watched an NFL Network broadcast knows exactly how true that is. The only time he manages to be quiet is when he grows annoyed at his co-hosts’ antics, which also applies to his coverage of the NFL Draft.

Frankly, it’s pretty disappointing to not have Mayock around for these major offseason events in an educational capacity any longer. It was almost a crime against football education for Jon Gruden to hire him to work with an actual NFL team and remove him from the platform that he had made into his own in recent years.

But they say that those who can’t do, teach. Mayock has been teaching for a while now, and now it’s time for him to see if he can do it, for real. While he reportedly doesn’t have as much control, for example, on the final 53-man roster, as many other general managers around the league might have, Gruden didn’t hire him to ignore him.

“He has had a real impact on me in terms of studying players and his passion for football”, Gruden said. “He’s the perfect guy at the perfect time for this franchise. He has a tremendous work ethic. He’s really on top of players and loves studying them. He has great leadership skills, and he has set the tone in our building with his work ethic”.

He added, “I think the two of us have been getting along great. It’s nice to have a guy who you … have the same philosophical beliefs regarding football and what we’re looking for in this franchise”. Gruden also noted that “he has great resources around the NFL. He’s been in every building”.

Of course, the same could be said for Gruden, to a certain extent.

The only time we will likely hear from Mayock this week is when he holds a press conference in the capacity of the general manager of the Raiders. We can only hope that he rambles more than he intends to and drops some valuable nuggets just out of habit.