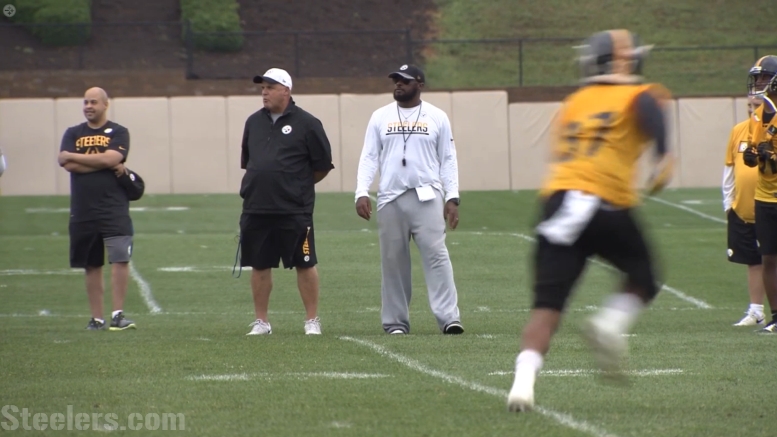 The Pittsburgh Steelers were 9-6-1 during the 2018 season. We know it. The NFL knows is. The Steelers especially know it. And more to the point, they are acutely aware of the fact that their 9-6-1 record was insufficient to qualify them for entry into the postseason, the first time since 2013 that they faced such a fate.

The last time that the Steelers had to come out at the end of a season and talk about their record was in 2013, when they finished 8-8 and not good enough to make the playoffs. That is generally the only time that they refer to their performance by mentioning their record—other than, of course, when they got 13-3 and lose in the first round of the playoffs.

But the point is, when they went 8-8, General Manager Kevin Colbert would only say that this is an 8-8 team and that our record defines us. And so here we are again in 2019, talking about a record that failed to qualify them for the postseason. And so we’re hearing the same thing again.

for our organization is not acceptable”, Colbert told a group of media members yesterday, courtesy of a transcript provided by Will Graves of the Associated Press. “We all understand that. Not that we accept that, but we accept the responsibility for the 9-6-1”.

It’s one thing to accept responsibility and another to rectify it. The Steelers were able to rectify their last sub-10-win record by winning the division and reaching the playoffs in 2014, and subsequently improved their situation in one way or another in the next three years, before falling off in 2018.

That was in spite of the fact that they reached a 7-2-1 record 10 games into the season. But when you only win two of your final six games, bad things tend to happen, and that’s exactly what the Steelers allowed a year ago, as the Baltimore Ravens surged from behind to finish with a 6-1 record, and 10-6 overall—just a half-game above Pittsburgh.

really since we lost the New Orleans game and fell out of the control of our own destiny”, Colbert said. “It’s been an overwhelming kind of feeling and we just have to collectively come together and try to be better and again we all share this responsibly. Myself, coaches, our players, offensively, defensively, and special teams”.

“So offensively, defensively, special teams, we are all 9-6-1. There is really no getting around that”, he added. Recognizing that there is a problem is a small but important step toward finding a solution. Now they will have the offseason to figure things out, during which they will lose two of the greatest skill position players in their history.