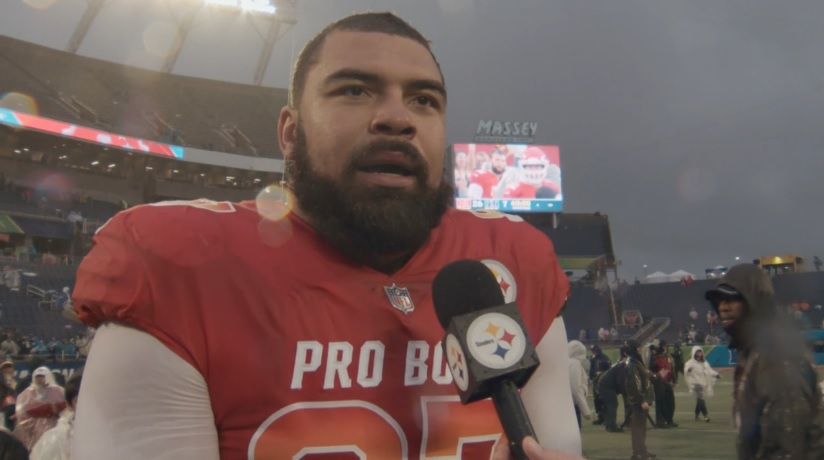 Yesterday was the final game you’ll see a Pittsburgh Steeler play in until their preseason opener in August. A season stopped far too early though of course, there’s no one to blame but themselves. For 2019, Cam Heyward wants to change that. Speaking to Steelers.com following the AFC’s win, Heyward said his sights remain where they’ve always been – the Super Bowl.

“It was a lot of fun,” Heyward said. “Just enjoying myself. Just ready to get back to Pittsburgh, get back to work, try to bring a Super Bowl back to the Steelers.”

What the roster will look like for 2019 is unclear. Antonio Brown and Le’Veon Bell may not be back while team leaders like Ramon Foster are scheduled to be free agents, though the chances of his return seem more optimistic now than a couple weeks ago. But Heyward will be there and the leader of a defense that needs to have a much better season, especially when it comes to creating turnovers.

For Heyward, he ended the year on a positive note. It was the Pro Bowl, I know, but he led both sides with 1.5 sacks and two QB hits (though I use that term loosely). Just in the way he closed out the regular season, a two sack performance against the Cincinnati Bengals in the finale, giving him eight sacks for the year. It’s refreshing to finally see Heyward recognized as a top player in this league. Increased sack production has helped him get noticed but the recognition was still a couple years overdue. He’s all the way up to 7th all-time on the Steelers’ sack list and with a double-digit performance next year, he’ll surpass Greg Lloyd for 6th place. By the time he reaches 60 in the next two years, he’ll have moved into fourth.

Over the last two years, Heyward has 20 sacks, tied for the team lead with T.J. Watt. As he was during the week, Heyward spoke glowingly of Watt after the game

“It was a heck of a lot of fun having T.J. here. The kid deserves it. He works hard. I’m proud of him. The sky’s the limit with him.”

Two players with the talent to return to next year’s game. Let’s just hope they bring some teammates with them or better yet, have to bow out of the game because they’re still in the hunt for that Super Bowl.