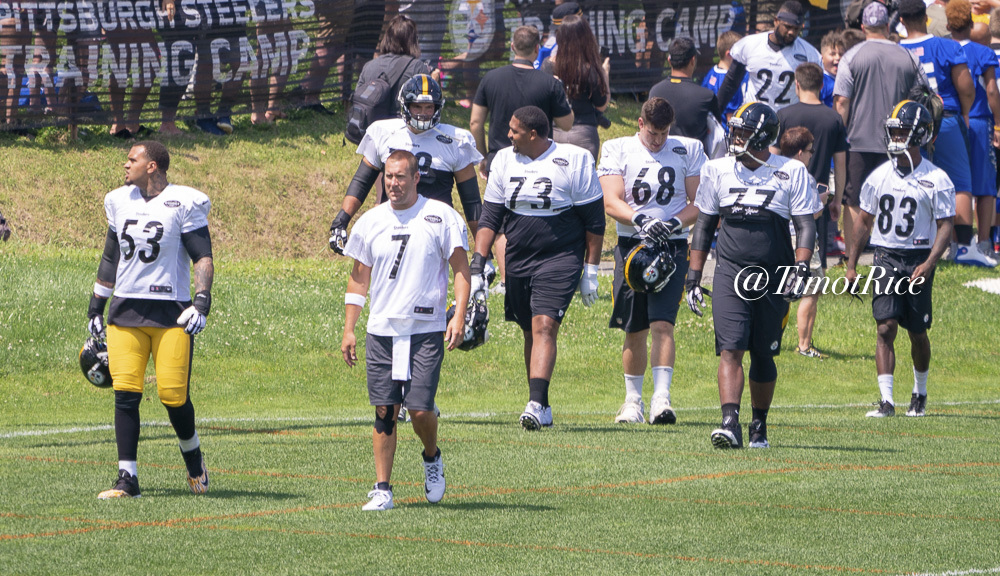 There will be plenty of shakeups among the Pittsburgh Steelers’ roster this offseason. Le’Veon Bell and Antonio Brown could be out the door. Defensively, expect plenty of much-needed changes. One area that may remain the same? Offensive line. Speaking to fans on Steelers Nation Unite Wednesday afternoon, owner Art Rooney II said he expects to keep the entire starting offensive line intact.

Here’s the full quote from Rooney.

“I think football is won in the trenches and actually this pat year I think we were pretty good in the trenches. Our offensive is very good and we expect all of them back.”

That signals two things. The team isn’t likely to cut Marcus Gilbert, who despite being unable to stay healthy the last two seasons, has more than enough talent to start, and it reiterates their desire to keep Ramon Foster. Last week, Foster confirmed the Steelers said they wanted him back and provided the monetary gap isn’t too large, a deal should get done either before free agency or shortly thereafter.

Assuming both are kept/signed, the Steelers’ offensive line may practically be set before the draft even starts. Your assumed starting five:

Chukwuma Okorafor and Matt Feiler would be the backup tackles, Feiler can also play guard in a pinch, with B.J. Finney – likely to come back as a restricted free agent – will be the first man up along the interior. Jerald Hawkins, Zach Banner, along with Patrick Morris can compete for a potential though not guaranteed 9th spot. You can save a placeholder for a promising UDFA, too.

Keeping Gilbert is the more controversial move of the two but it still makes sense. The Steelers aren’t strapped for cash so while cutting him, yes, saves money, it’s not a significant amount and cash the team doesn’t need to function in the offseason. And if he can stay on the field, you have an excellent tackle to bookend Villanueva, who really came into his own in 2018. Worst case scenario, Gilbert doesn’t get healthy, and you move on when his contract expires next offseason.

That continuity will be all the more important after losing Mike Munchak. Though the group is in Shaun Sarrett’s capable hands, and those in the locker room have tons of respect for him, you don’t want to lose even more pieces in one offseason. The talent and chemistry the line has is a driving reason why Ben Roethlisberger is still standing and playing at the level he is.