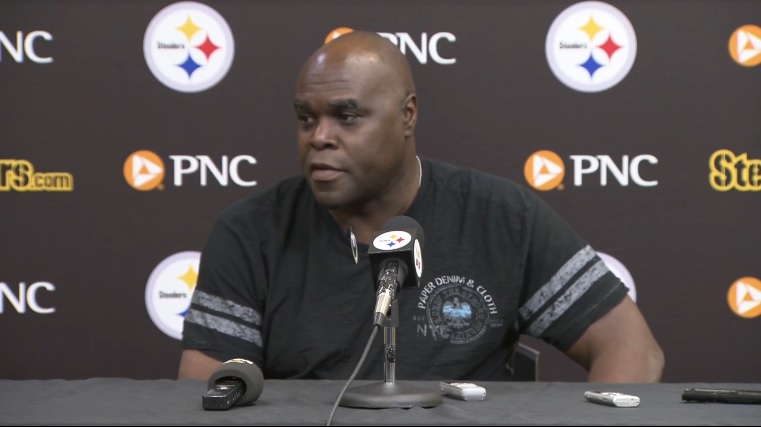 The Pittsburgh Steelers have made another coaching staff change today. In a statement, Mike Tomlin announced they have let go of running backs coach James Saxon.

“I have made the decision to not renew the contract for running backs coach James Saxon. We would like to thank James for his efforts over the past five years, and we wish him the best in his future coaching endeavors.”

Saxon was hired by Tomlin to serve as the running backs coach in 2014, replacing Kirby Wilson. He helped develop Le’Veon Bell, James Conner, and Jaylen Samuels. Though positional coaches are always hard to gauge, it seemed like he did a fine job, making this dismissal a surprising one.

Previously, Saxon served as the running backs coach for the Minnesota Vikings, working with Adrian Peterson, Miami Dolphins, and Kansas City Chiefs. As a player, he spent eight years in the league, carrying the ball 145 times for 533 yards and five touchdowns. He broke into coaching shortly after his playing days ended, beginning with Rutgers in 1997 and working his way up the ladder from there. He got his NFL start in 2000 with the Buffalo Bills, though that lasted just one season.

Saxon is the second coach whose contract hasn’t been renewed by the team. Joey Porter was let go on Friday. The team may make more moves throughout the week as Tomlin finishes up his exit interviews with players. Position coaches are always difficult to judge but perhaps he didn’t get stellar reviews from players. It’s unlikely we’ll ever know the full details.

In Steelers’ circles, the move isn’t a popular one. Former back Josh Harris, coached by Saxon, says he’s baffled by the decision.

I’m eager to see which direction you can go now. How can you get better? He has helped mold nothing but all pro and pro bowl running backs since he got to Pitt. I am baffled. https://t.co/9FOcvZWpiW

A month after I was released, Coach Saxon reached out to ask how my surgery went and how I was doing. A full month. During their season. Just some insight on the type of person he is.

It’s hard to see this as a “culture” move. By all accounts, Saxon is a good dude players want to play for.

And on a personal level, there may not have been a nicer man at #Steelers HQ than James Saxon. He was always smiling, always friendly, always genuinely interested in people. I can’t think of a week since my son’s birth that he didn’t ask me: “How’s your little man?”
My kid is 3.