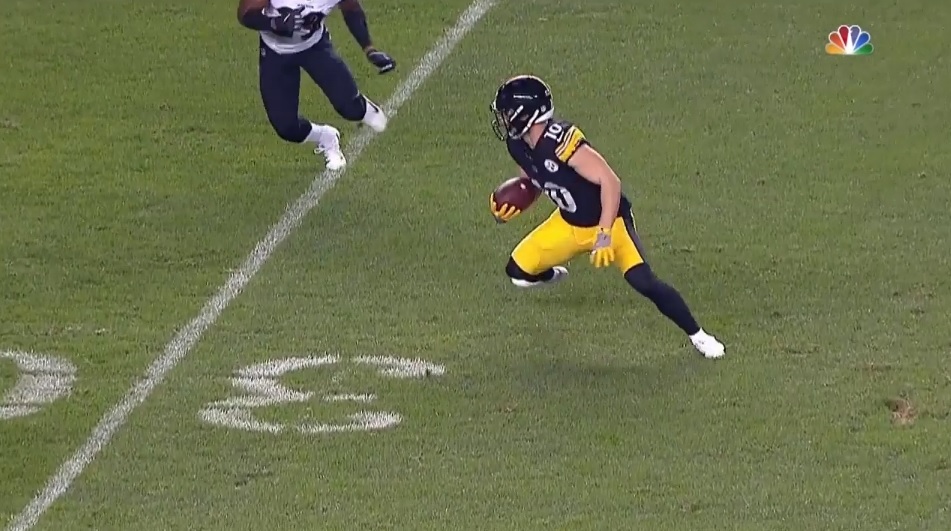 Offseason surgeries are commonplace around the NFL and the Pittsburgh Steelers are no exception. Earlier today, wide receiver Ryan Switzer posted a photo to Instagram announcing an unknown surgery.

It’s unknown what the exact nature of the surgery is. Switzer suffered an ankle injury in mid-December and though he didn’t miss any action, he could be getting it worked on now.

Acquired during training camp from the Oakland Raiders, he was a Swiss Army Knife for the Steelers this season. Switzer returned kicks, punts, caught passes, and even carried the ball a handful of times. He finished 2018 with 36 receptions, six rushes, and one total touchdown. His best game of the year came in the loss to Denver, catching six passes for 67 yards in the loss.

While his quickness is one of his best traits, he showed plenty of toughness as well. Switzer took a beating the second half of the season, a fearless receiver over the middle capable of making tough catches.

As a return man, he was much more effective in the punt return game than kick return, though the issues for the latter can’t all be blamed on him. Under contract through 2020, he has a good chance of making next year’s roster given his versatility though a now-healthy Eli Rogers will present some extra competition he didn’t face this year.