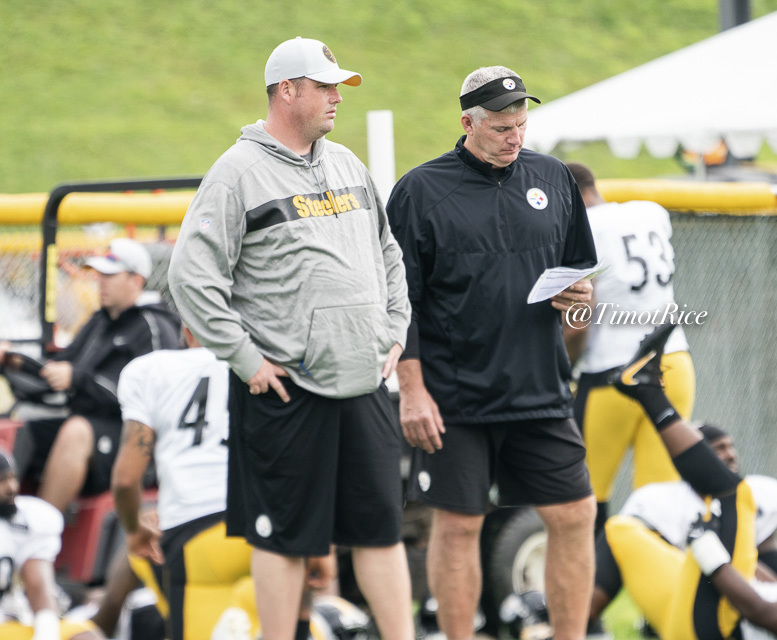 The good thing about Pittsburgh is that no matter where you look in the sky, you’ll be able to see the doom and gloom somewhere if that’s what you’re trying to find. With the Pittsburgh Steelers losing offensive line coach Mike Munchak, the end of the organization as a viable football franchise is officially at an end. They can’t possible replace him on the field, and the fact that he would choose to leave is all the proof needed to validate the reality that this team is incapable of functioning, let alone competing.

Let’s ignore the fact that Munchak himself explained that his decision to move to the Denver Broncos was based on the opportunity to move closer to his daughters. Let’s also ignore the fact that he directly said that the ability to leave the Steelers’ offensive line in the hands of Shaun Sarrett made the decision easier.

“Those guys really respect him, they’ll play for him”, he told Ed Bouchette yesterday in a parting interview. “The best part with me leaving, they’re left in great hands. I always thought as a lineman, that’s the hardest thing is to have new coach after new coach come in. He’ll be able to pick up where he and I left off and just add to it and continue to develop these guys. The room’s in a great, great situation”.

And he understands that Sarrett had a hand in putting the room in that great, great situation, because he was alongside him virtually every step of the way. Munchak even credited him with helping to get him acquainted with the lay of the land in the Steelers’ organization.

“He showed me the ropes when I came in. He had been with a couple different line coaches”, he said. “He was a big part of everything I was doing. His role grew quite a bit every year as far as being in front of the group and on the field. When you have 10-12 guys, 15 in camp, I believe in giving them all a lot of attention, so we split up the guys quite a bit. We’re very similar in what we believe in”.

Which is why Munchak feels comfortable leaving under these circumstances. He believes Sarrett will pick up right where they left off together, because he has already been doing this job for years. Which is why the Steelers pretty much instantly promoted him when they confirmed that Munchak would be moving on.

“Our best years with Pounce and these guys in maybe their last quarter of their career, their best football is coming”, he said. “Lot of young guys with Hawkins and Chuks and Matt and Finney, you have some great players in that room and some young guys who will push the other guys. He has a great situation. I’m going to enjoy watching them play”.

Munchak forged relationships in Pittsburgh and on the Steelers’ roster that are not going to dissipate just because he moved, I’m confident of that. Sarrett will undoubtedly be among those with whom he remains in contact. They’ve worked closely together for years revitalizing Pittsburgh’s line. Sarrett’s task is to maintain that while Munchak looks to remodel the line in Denver.