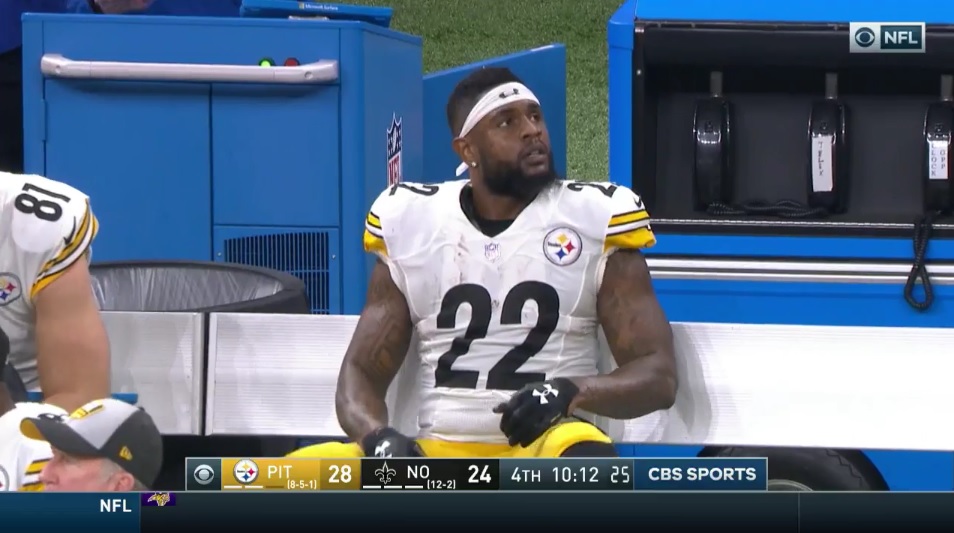 Stevan Ridley’s NFL career has been tormented by fumbles. It’s partially the reason why the New England Patriots reduced his role before moving on a half decade ago. And that issue likely just ended his Pittsburgh Steelers’ career. Ridley’s 4th quarter fumble was one of the crucial miscues in the game.

Instead of a potential field goal, the Steelers turned the ball over. Though they ultimately got a stop thanks to an L.J. Fort field goal block, it prevented Pittsburgh from going up by seven instead of four.

It was the 11th fumble of his career and second of the season as a Steeler. Ridley’s first fumble this year was also lost, taken away against the Cleveland Browns midseason. That led to a presumed in-season benching, allowing Jaylen Samuels to take over as the backup and eventually into the starting lineup following James Conner’s high ankle sprain.

He fumbled nine times in his first three seasons, including four times in 2012, his first and only year as a lead back for the Patriots. He had four more the following season. Those problems plagued him at LSU too. Here’s one article highlighting two fumbles he had in the Tigers’ 2010 season opener. It’s probably one reason why he fell into the 3rd round.

Ridley was clearly frustrated after the turnover, bashing his helmet into the turf.

The equipment crew had to repair his helmet on the sideline. Though I’m pretty sure he won’t be needing it again. James Conner is likely to return for the regular season finale. It wouldn’t be a shock to see Ridley cut instead of Trey Edmunds; the team won’t need four running backs with Conner shouldering the load. Edmunds at least sees a handful of snaps on special teams.

With two fumbles on just 27 touches this year, Ridley has become too difficult to trust. And his lack of versatility, he’s purely a runner with no receiving, blocking, or special teams value, may not only spell the end of his Steelers career but one in the NFL entirely.