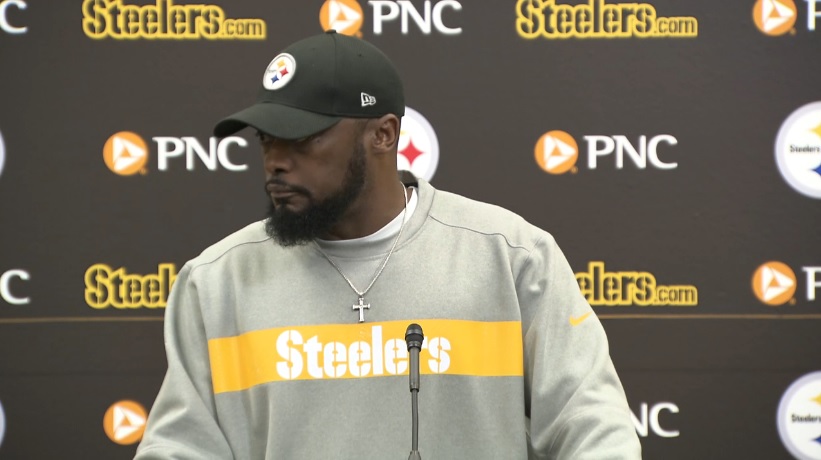 The Pittsburgh Steelers are not unique in this respect, but they certainly have one of the most well-attended groups of alumni in the National Football League. Moreso than most organizations, they make an active and conscious effort to keep their former players in the loop and a part of their proceedings. Hell, they even have a couple of former players on their staff.

Some things don’t always end as they would hope, however, as we have perhaps mostly recently seen with the departure of Troy Polamalu, who has so far declined to participate in event since he basically was asked to retire.

And sometimes things happen later on down the road, which is the price to be paid for keeping the past involved with the present, which is what we saw on Monday with former running back Rocky Bleier venting his frustrations.

Head Coach Mike Tomlin was asked to comment on what Bleier had to say, which included an insinuation that the end of the road could be near for the 12th-year leader of the franchise. He claimed to have not been made aware of the comments, but reflected on his right to speak his mind.

“Trust that we’re equally or more disappointed than Rocky”, he added, “but we get an opportunity to do something about it so that’s where we focus our energies, and we meaning those of us that play, those of us [that] coach, and are in this thing day to day right now. We have a big week ahead of us in terms of the work that we do, forget how we feel”.

Bleier wouldn’t be the first former player to speak his mind about the state of the Steelers. Such notable alumni as Jerome Bettis, Joe Greene, and Rod Woodson, all of them members of the Pro Football Hall of Fame, have expressed criticism from time to time.

Generally, Tomlin has expressed his support for the players of the past and of their right and desire to remain a somewhat active presence in the organization. He has even allowed for their right to speak their mind, but he also has, when necessary, checked them and pointed out that they are no the ones in the meeting rooms and on the field anymore.