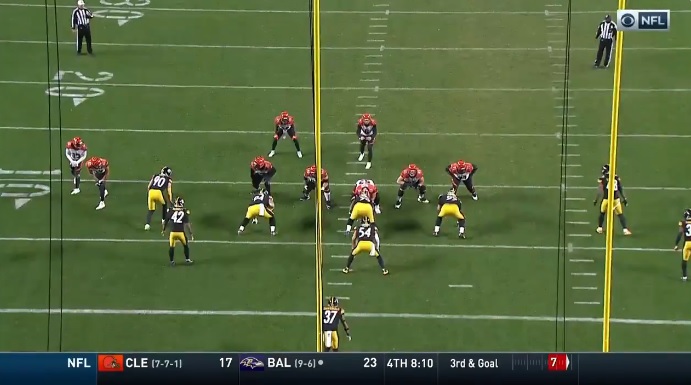 Your winners and losers from today.

James Conner: Conner looked good in his first action since his ankle sprain against the Los Angeles Chargers. Ran hard, got downhill, while his pass protection was solid like always. Also an asset out of the backfield for Ben Roethlisberger. The Bengals are a pretty easy opponent to run against but still, Conner got the job done.

JuJu Smith-Schuster: It wasn’t a pretty game from him, bottled up without Antonio Brown to take away some of the coverage. But with the offense static, Smith-Schuster was the one guy who found the end zone. A designed screen to get him one-on-one with the corner, who he mad miss while racing to the front right pylon.

James Washington: They finally hit the double-move they’ve set up all season long. Ended the season much better than how he started.

Matt McCrane: They didn’t all split the uprights but hey, they still counted. 3-3 and his extra point? I’m a happy man. His kickoffs left a lot to be desired but at this point, it’s hard to be picky for your third option signed on Friday.

T.J. Watt: Watt is finishing the regular season on the highest of notes. His hand use and physicality have improved greatly over the last six weeks. Whooped RT Bobby Hart for a sack today and wound up forcing a pair of fumbles. Going from a good player to potentially a great one.

Cam Heyward: Heyward in a similar boat, though everyone knows he’s already great. Two more sacks for him today to give a prettier-looking eight on the season. The second forced the Bengals to settle for a field goal, a crucial third down stop deep in the red zone.

Team Energy: Definitely felt low today, didn’t it? Maybe there was some scoreboard watching or Christmas hangover but the energy wasn’t very high. On either side of the football. You’d think at home, with everything on the line, you’d have an amped up offense and defense. Not so much, especially early on.

3rd Down Offense: What should’ve been a cakewalk for this offense turned into a grind. The Bengals have historically one of the league’s worst

Mike Hilton: He hasn’t completely fallen out of favor but Cam Sutton continued to get his work in, mainly on 3rd downs. Hilton again struggled as a blitzer too. Certainly began the year better than how he ended it.

Darrius Heyward-Bey: Weirdly seemed to not cover the pick six and then picked up a dumb flag on a punt. His last game in Pittsburgh?