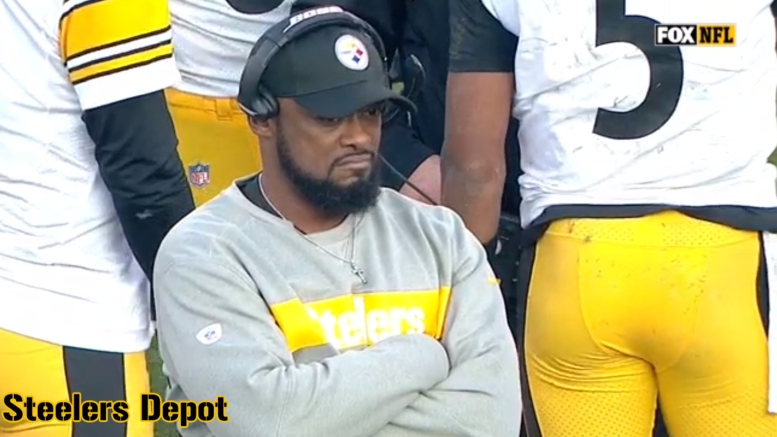 While I realize that the focus today is going to be on yesterday’s game, and not on the game from the week before, I did want to go back to the Pittsburgh Steelers’ loss to the Los Angeles Chargers, and specifically to the team’s struggles with personnel and execution in sub-packages due to the absences of two key players.

After all, given some of the things that was say yesterday against the Oakland Raiders, such as Morgan Burnett’s struggles against Jared Cook, and tight ends being matched up on linebackers in coverage with offensive success, it unfortunately still feels relevant.

Burnett, who was signed with the intention of being a starter this season, emerged as the team’s primary dime defender once he got healthy after the bye week and started playing a big role for the team. In his absence prior to that, it was second-year cornerback Cameron Sutton filling in.

Both of them were unavailable to Mike Tomlin and the Steelers, which, according to the head coach, required that they employ more ‘smoke and mirrors’ techniques in order to mask that personnel deficiency. He infamously claimed that the team “ran out of smoke” against Philip Rivers. He was asked to elaborate on what he meant by that prior to yesterday’s game.

“Sometimes you have to use the art of deception, particularly when you’re minus a few weapons”, he told Bob Labriola for the team’s website. “That’s what you do when you’re down some people – you bogus pressure, you play zones, you play some man, you mix things up”.

The primary personnel decision that they made in the effort to cover up for their absences was to use athletic linebacker L.J. Fort for the majority of the game in place of Jon Bostic. This resulted in Fort actually playing a lot of coverage over the slot against the likes of Keenan Allen.

“We knew”, Tomlin said, “that could make things potentially difficult if they had athletes inside, particularly on possession downs. So, sometimes those adjustments, the art of deception, the smoke-and-mirrors only lasts a set amount of time, particularly when you have a veteran quarterback like Philip Rivers”.

You might recall that after the game Rivers said the Steelers are a team that likes to stick with what they do. He actually said it almost in a complimentary way, but also as a way of explaining how he went about setting up the matchups in coverage he preferred.

“You only get so many snaps from him looking at it from an in-helmet perspective”, Tomlin said of Rivers and the adjustments that he began to make in the second half. “That’s the chess match, when you have to make calculated decisions with the pieces at your disposal”.

Even with all that said, the performance in totality wasn’t nearly as bad as it seemed. Much of the damage actually came against the cornerbacks, including Mike Hilton, and even Rivers’ one touchdown pass actually should have been an interception had two defenders not collided with one another.