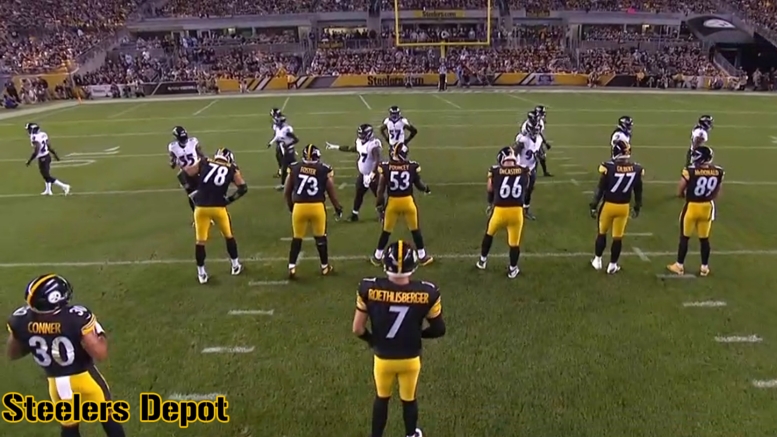 Statistically, the Pittsburgh Steelers offense has been one of the best in the league in 2018 as that unit is top 5 in categories such as total net yards, yards gained per game, net passing yards and average points scored per game. While those stats and rankings certainly look great on paper, the unfortunate part of those lofty statistics is the fact that the offensive unit has needed every bit of it as a result of the team failing miserably in the hidden yardage aspect of their 15 games played so far.

For starters, and excluding drives that included kneel-downs, the Steelers offense enters the final week of the 2018 regular season with an average starting field position of their own 26 yard-line and that ties them for last in the league with the Atlanta Falcons. If that’s not bad enough, 34 of those 161 total offensive possessions started inside the Steelers own 15 yard-line. Steelers quarterback Ben Roethlisberger fortunately was able to engineer scoring drives on 55.9% of those 34 deep-in-own-end drives with a whopping 29.4% of them ending in touchdowns.

Those strong poor starting field position scoring percentages aside, the Steelers offense still only managed to score points on 39.1% of their 161 total offensive possessions that did not include kneel-downs. To put that into some sort of perspective, that percentage is way behind the top four teams in percentage of total drives that resulted in scores: (New Orleans Saints 59.4%, Kansas City Chiefs 55.6%, Los Angeles Rams 51.9%, Los Angeles Chargers 46.1%).

The offenses of both the Saints and the Rams have started 18 drives each on their opponents’ side of the 50 yard-line through 15 games played while the Chiefs are not far behind with 17 such possessions. Not surprisingly, most offensive possessions that begin inside an opponent’s 50 yard-line is a result of turnover forced by either a defense or special teams unit or as a result of a punt or kickoff return.

In the case of the Steelers 8 total possessions that started on their opponents’ side of the 50, only two were provided by defensive turnovers and both came in the Week 3 win over the Tampa Bay Buccaneers. Two others were a result of punt blocks with one other one coming on a forced fumble on kickoff return in the game against the Carolina Panthers.

In case you’re curious, the Steelers defense has forced the opposition to punt from inside their own 20 yard-line just 11 times so far this season and of those 11 punts, only 3 resulted in starting field positions in their opponents’ side of the 50 yard-line.

In short, the Steelers defense and special teams haven’t helped the offense out nearly as much as they should have this season.