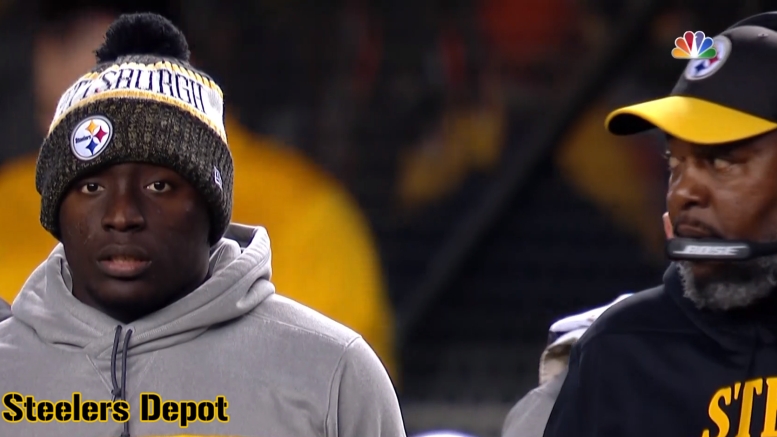 Even though Pittsburgh Steelers quarterback Ben Roethlisberger publicly chided rookie wide receiver James Washington a few days after his poor showing in the team’s Week 13 road loss to the Denver Broncos, he’s since let this year’s second-round draft pick know that he still has trust in him.

While Washington was ultimately inactive this past Sunday for the team’s night home loss to the Los Angeles Chargers, Roethlisbegger made it known during his weekly Tuesday interview on 93.7 The Fan that he had had a good talk with Washington this past Saturday.

“It was nothing more than me challenging him to be ready to go and he had a great week of practice [last week],” Roethlisberger said Tuesday morning. “Him and I had a great talk on Saturday morning after the week and there was no hard feelings at all, which I didn’t think there would be. There’s a right and a wrong way to kind of challenge guys sometimes and I felt like I did that, and I feel like there’s no negative, no negativity came from it.”

On the heels of Roethlisberger saying Tuesday that he had met with Washington on Saturday, the young wide receiver out of Oklahoma State was asked on Wednesday to describe how that exchange with the veteran quarterback went.

“You know, he kinda came in the receiver room and talked to me one on one, which I really needed that because he gave me a lot of advice,” Washington said of Roethlisberger’s talk with him. “And you know, for him to come in and sit me down and talk to me just kind of helped me get over this hump and get back on track.”

James Washington said Ben Roethlisberger sought him out during a receivers meeting last week and told him he’s still confident in him. Washington has had a tough rookie year but will be part of the game plan Sunday at Oakland. pic.twitter.com/wnjFO8RYFl

So, what exactly did Roethlisberger tell Washington?

“Just to be yourself and that no one’s given up on me,” Washington explained. “That he still trusts me 100 percent and just to trust myself and do what I’ve been doing this whole time, basically.”

While last Sunday marked the second time this season that Washington has been a healthy game-day scratch in lieu of veteran wide receiver Justin Hunter getting a helmet, it will likely be the last barring an injury. Hunter was placed on the team’s Reserve/Injured list on Tuesday with a shoulder injury that he suffered in the second quarter against the Chargers while diving for an errant pass in the end zone from Roethlisberger.

Steelers head coach Mike Tomlin wasn’t afraid to point out on Tuesday that Hunter’s misfortune now creates another opportunity for Washington and that he’s excited to see if the rookie wide receiver take advantage of it starting Sunday on the road against the Oakland Raiders.

“It’s also an opportunity for things to boomerang back around for James Washington and I’m kind of excited about that, to be quite honest with you,” Tomlin said Tuesday. “Such is life in this game, at this level. You know, sometimes you get knocked down, you gotta get in the lab and work and oftentimes that’s done in obscurity, if you will. And you wait for your opportunity to get back on and to ride again and to show what you’re capable of.”

Washington enters Sunday’s game against the Raiders having caught just 8 passes for 77 yards and a touchdown so far during his rookie season. It would certainly be great to see him catch a few more passes from Roethlisberger on Sunday and maybe even record his first deep reception in that contest as well.