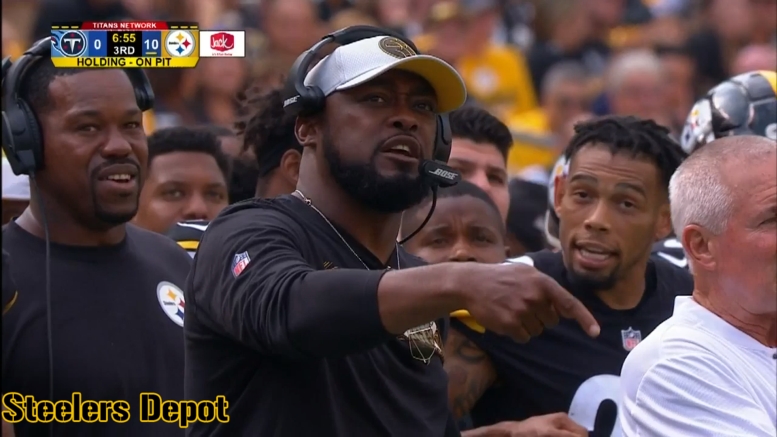 One of the hot-button issues that Pittsburgh Steelers fans tend to have with their team is their perception that the team is too stubborn to make in-game adjustments, particularly at halftime. Of course we as outside observers can only make this judgement based on the quality of play on the field, and can’t actually know, oftentimes, if changes have actually been made.

This became something of a topic following last week’s game against the Los Angeles Chargers, in which the visiting team scored 23 unanswered points in the second half to take a late lead. The Steelers would tie the score again only to lose on a late field goal.

The Chargers, both from coaches and players, talked after the game about changes that they made during halftime about how they approached one thing or another, though obviously they would not go into great detail.

On the flip side, Los Angeles also viewed the Steelers as static and inflexible, particularly identifying their resolute coverages that allowed the offense to dictate who would match up against whom in certain instances, though this was partially due to injuries.

Head Coach Mike Tomlin talked before yesterday’s game about the topic of in-game adjustments. In his remarks, he seemed to downplay the severity of changes that could be employed, but still maintained that subtle adjustments could make a significant difference.

“You can do something as simple as changing the leverage on some coverage people, and change the whole complexion of a play”, he said. He gave an example of a player using inside leverage during the first half of a game, but moving to outside leverage afterward based on things they had seen earlier. “From one player to the next, that’s very little”, Tomlin went on. “That’s inches in terms of one player’s alignment, but it can be significant in terms of our ability to cover people from a route distribution standpoint. And so sometimes it might seemingly be subtle, but the result of those things could be significant”.

In an earlier reply, he said that the days of significant adjustments “are behind us” because of the way that NFL teams prepare for games today and the number of variables that they consider beforehand.

“You go through so many potential hypotheticals that a halftime adjustment could be something like, ‘hey, we thought there was a possibility that this, this, and this could be occurring. These two things are occurring, and this isn’t, and so this is what we’re doing moving forward’”, he said.

In other words, it’s likely quite rare that anything outside of some significant injury forces a team to entirely recalibrate what they’re doing in the middle of a game. They know the broad spectrum of things that they might see and can make adjustments based on what they are actually seeing because they had already considered the possibilities during their preparation.