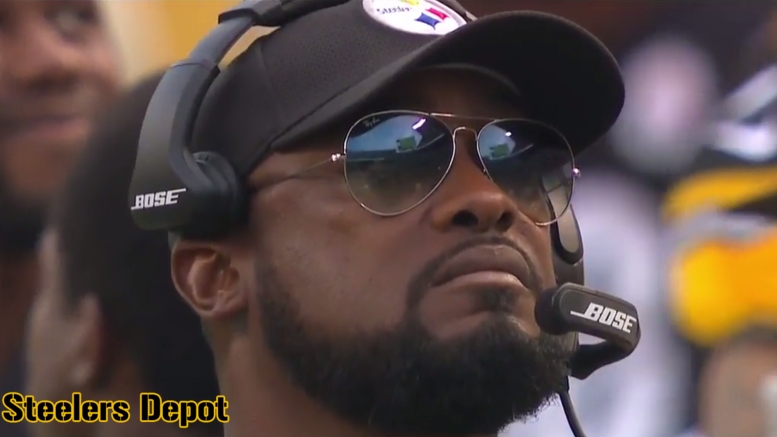 In spite of the fact that they spent several years coaching together, and even won a Super Bowl with the Tampa Bay Buccaneers, today will be the first time that Pittsburgh Steelers Head Coach Mike Tomlin and Oakland Raiders Head Coach Jon Gruden ever went up against one another on opposite sidelines.

Tomlin spoke of Gruden’s influence on him earlier in the week. He was a second-year defensive backs coach when the Buccaneers acquired Gruden from the Raiders to take over their head coaching position. Despite his young age, Gruden says that Tomlin influenced him as well.

He characterized Tomlin as a highly competitive individual, saying that “he wants to win every drill. He wants to win every single thing he goes up at you against”. He has carried over that attitude into the Steelers’ locker room, which was willingly embraced with some high-intensity competitors such as quarterback Ben Roethlisberger.

Gruden was the head coach under whom Tomlin has spent the most time in the NFL. He worked under Tony Dungy for one season with the Buccaneers in 2001 before he was fired. After he left for the defensive coordinator position with the Minnesota Vikings, he spent just one season under Brad Childress before the Steelers hired him, and obviously he has been here since.

Back during his time with Gruden, however, the Raiders head coach said that “we used to call each other out. We used to go after each other on the practice field”, referring not just to Tomlin but the majority of his coaching staff. Of Tomlin, he added, “he’s a fun guy to be around. He’s got great enthusiasm for football. He’s a tremendous leader and a great competitor”.

Gruden himself was seen as something of a player’s coach during his time, and even in his return to the coaching ranks this year, he was able to lure both coaches and players to come work with or sign with him. defensive coordinator Paul Guenther, for example, chose to make a lateral move for the same position he held with the Cincinnati Bengals.

Perhaps Tomlin got some of his style in connecting with players through his five seasons of working with Gruden. He did not go into detail about what he took away from their time together and how it influenced him, but that would seem to be one reasonable connection to make.

Interestingly enough, Tomlin and Gruden have coached the exact same number of games heading into today, in their 12th seasons as head coach. In 188 games, Gruden owns a 97-91 record. Tomlin’s overall record is 123-64-1.