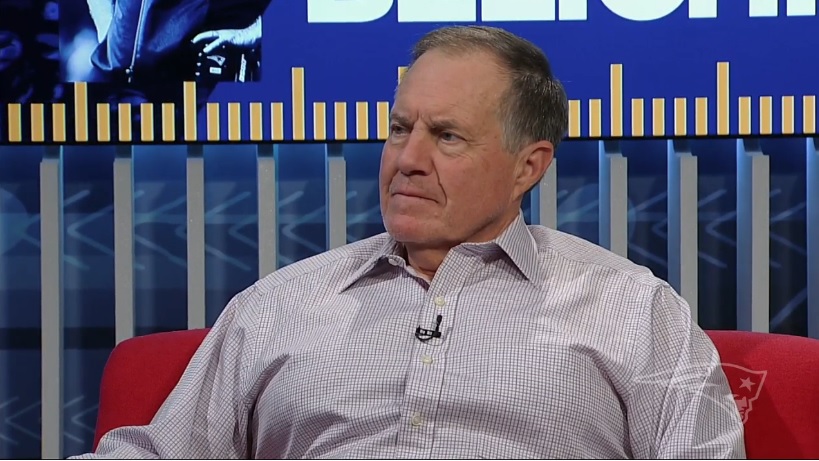 Comparing Antonio Brown and JuJu Smith-Schuster to Lynn Swann and John Stallworth might feel like too high praise initially. But to Bill Belichick, it’s more than warranted.

Belichick, via the Patriots’ website, said it’s fair to compare the current Steelers’ duo to the 70s legends.

“They gotta be as good,” Belichick said. “These guys just dominate the game every week. They make spectacular plays. These guys have incredible ball skills. They’re very athletic, they’re fast, they’re quick, they have great chemistry with the quarterback. It looks like they’re covered but wherever the defender is, they go where he isn’t, and Roethlisberger finds them.”

Brown and Smith-Schuster are top ten in the league in several categories, including receptions and yards. JuJu still leads the team in both categories, 91 catches for over 1200 yards . Brown isn’t far behind and is still tied for the league lead with 12 touchdowns, one short of his career high.

Belichick spoke to what makes both players so good.

“These two guys are at the top of the league. They’re as good as anybody we play against. Very hard to tackle, elusive in the open field, and Smith-Schuster runs strong. Very hard to tackle, even when guys get an opportunity to hit him. Brown, of course, is very quick and dangerous anytime he has the ball in his hands.”

In 2017’s 27-24 loss, Smith-Schuster was one of the best players on the field, finishing with six grabs for 114 yards. Brown, unfortunately, left the game early with a knee injury. But in 2016, Brown went off with seven catches for 106 yards.

The Steelers will need both guys to step up in a big way if they want to slay the dragon and finally knock off New England. The run game is unlikely to be effective if they’re without James Conner and Pittsburgh has only successfully moved the ball through the air for the past month. The Patriots pass defense has been strong this season though, led by cornerback Stephon Gilmore and free safety Devin McCourty, and as we wrote in our scouting report, Belichick always has a great plan.