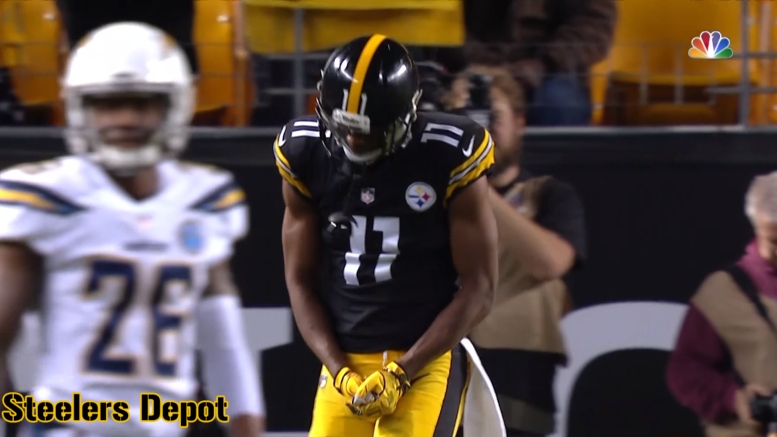 Question: Will the Steelers be shorthanded at wide receiver this week following injuries to Justin Hunter and Ryan Switzer?

The Steelers dressed five wide receivers in Sunday night’s game. They left the stadium with only three of them healthy, and that includes special teams ace Darrius Heyward-Bey, who was forced into action on offense late after Justin Hunter suffered a shoulder injury earlier in the game and Ryan Switzer took a helmet to helmet hit that put him in the concussion protocol.

Head Coach Mike Tomlin should have more of an update about their status for us today, but things could get iffy late in the week. Obviously if the team has neither Switzer nor Hunter available to them, then rookie James Washington, a healthy scratch, would dress again and play a prominent role alongside Antonio Brown and JuJu Smith-Schuster.

The good news is that both Brown and Smith-Schuster are healthy and playing at a high level, with each of them in the past two weeks putting up a big game of double-digit receptions for over 150 yards and a score.

But their preferred number three option, Washington, is somebody that they have judged is not ready to contribute. Their secondary option, Switzer, has to clear the concussion protocol. And their reserve option, Hunter, is now nursing an injury himself.

They could be so thin at wide receiver that it really elevates the odds of them promoting Eli Rogers from the Physically Unable to Perform list by the time they set out to travel to Oakland next Sunday evening, something that they have been in no hurry to do all season up to this point.