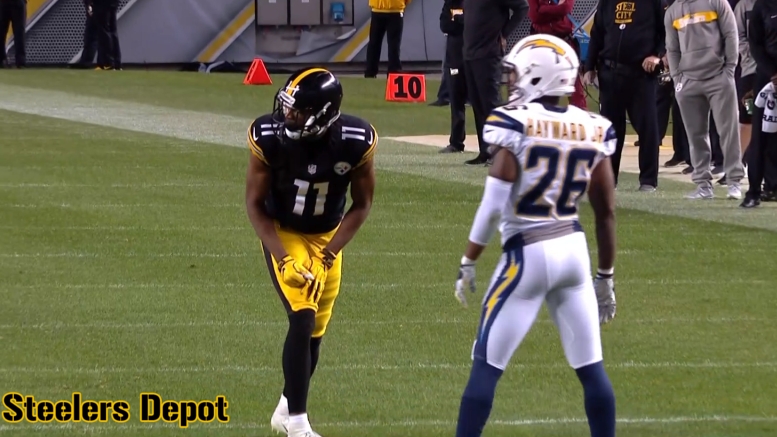 As the regular season approached, it looked as though veteran wide receiver Justin Hunter could be in-line for a bigger role. But that was before the Steelers acquired Ryan Switzer via trade. While all of the six wide receivers who were on the roster at that time dressed for the season opener, that was only due to Vance McDonald being sidelined.

Hunter caught one pass for six yards in that game, but he would spend most of the season on the bench once again. He was a healthy scratch for the next four weeks, but the coaches gave him another opportunity as rookie wide receiver James Washington was struggling.

He dressed for three straight games, catching a total of two passes for 15 yards, both of them coming on the other side of the bye week in the second game against the Cleveland Browns. But after that, it was right back to the inactive list.

He would not dress again until six games later in the contest against the Los Angeles Chargers, where he was given some opportunities. In fact, he saw some of his best opportunities in that game, but Ben Roethlisberger struggled to connect with him, including one that should have been a touchdown.

It was such a significant miss that it forced Hunter to leave his feet to dive for the long pass, which resulted in him landing on his shoulder, injuring it. He was played on Injured Reserve after that, missing the final four games of the regular season.

The Steelers activated Eli Rogers from the Physically Unable to Perform List after that, taking over his roster spot. At the moment, it’s “hard to envision” Hunter being re-signed for yet another season after his seven receptions for 44 yards and one touchdown over two years.