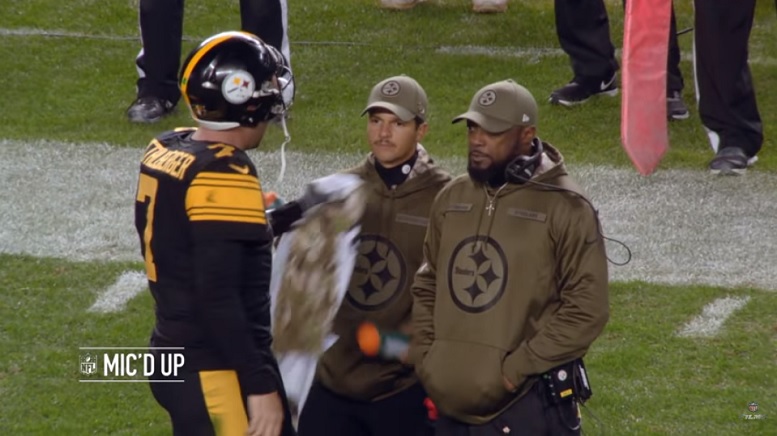 In case you missed it, Pittsburgh Steelers head coach Mike Tomlin and quarterback Ben Roethlisberger were both mic’d up by NFL Films for the team’s Thursday night win over the Carolina Panthers. That segment was first released on Showtime’s ‘Inside the NFL’ program and now it’s available to watch on YouTube and I have linked to it below.

This is mic’d up montage is probably one of the best ones we’ve seen of the Steelers in some time. I dont think you’ll be disappointed after you watch this video.

My favorite part of the video is when Roethlisberger comes to the sideline following his long scramble that included Panthers safety Eric Reid almost taking his head off after the quarterback had slid feet-first. Roethlisberger calmly tells Tomlin that he’s fine and that he should have scored on his scramble. Tomlin’s reply to his quarterback is unforgettable.

Tomlin’s exchange with Panthers linebacker Thomas Davis at the end of the video is also great.