Any longtime Pittsburgh Steelers fan will remember the scary results that playing in Denver had for Safety Ryan Clark.  After experiencing some abdominal pain following his first game at Mile High Stadium as a member of the Washington Redskins in 2005, Clark bounced back fairly quickly.  Playing for Pittsburgh at Denver in 2007, however, had a much more serious result.  Clark suffered illness for over a month, eventually being diagnosed with a splenic infarction and undergoing a splenectomy and shortly after that a surgery to remove his gallbladder.  It turned out that Clark, a carrier of the sickle cell trait, couldn’t handle the altitude’s effect on his red blood cells.  He spoke openly about his experience in an interview a few years ago, which you can read here.

Ryan worked hard to rehab and regain muscle mass and fitness, and went on to be an important part of the Steelers defense for the remainder of his career.  But every time the Steelers traveled to Denver, HC Mike Tomlin left Clark on the inactive list, not willing risk his player’s health.

As the Steelers head to Denver for their Week 12 matchup with the Broncos, rumors are swirling that perhaps at least one other player on the active roster has sickle cell trait, and the question was posed at Tomlin’s weekly presser as to whether any of his starters might sit for this reason.   Tomlin chose to respect the privacy of his players with his response:

So are any of the current Steelers at risk if they play in the thin air at Denver this Sunday?  And why do players with sickle cell trait have to worry about that?

Sickle cell disease is an inherited genetic disorder which occurs when a person has 2 hemoglobin S genes instead of the normal hemoglobin A genes.  Every human has 2 copies of each gene, one inherited from each parent, for a total of anywhere between 20,000-25,000 genes.  Here is an example of how the sickle cell gene can be inherited: 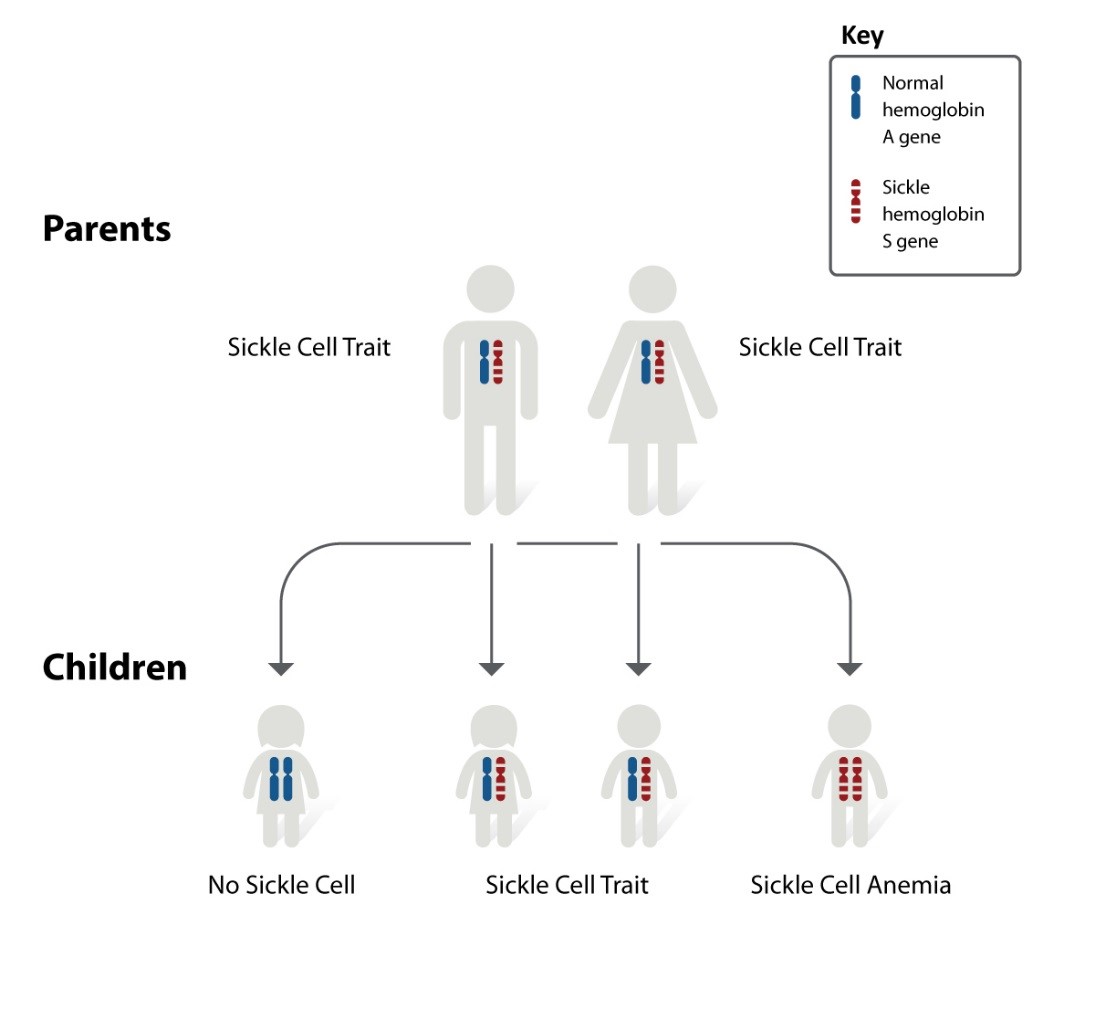 So what is a sickled cell?  A red blood cell contains hemoglobin and carries oxygen throughout the body.  With each pass through the blood vessels in the lungs, the red blood cell picks up new oxygen, sort of like filling you car’s gas tank.  Without getting too technical, the hemoglobin molecules form fibers and stick together, causing the red blood cell to become crescent shaped.  In this form, the red blood cell isn’t flexible enough to navigate the smaller blood vessels, causing a traffic jam.  The tissues beyond that point no longer get the oxygen delivery they need, resulting in pain or even tissue death.  This is what happened with Clark – without getting oxygen delivered to the tissue of his spleen, the tissue infarcted and died. 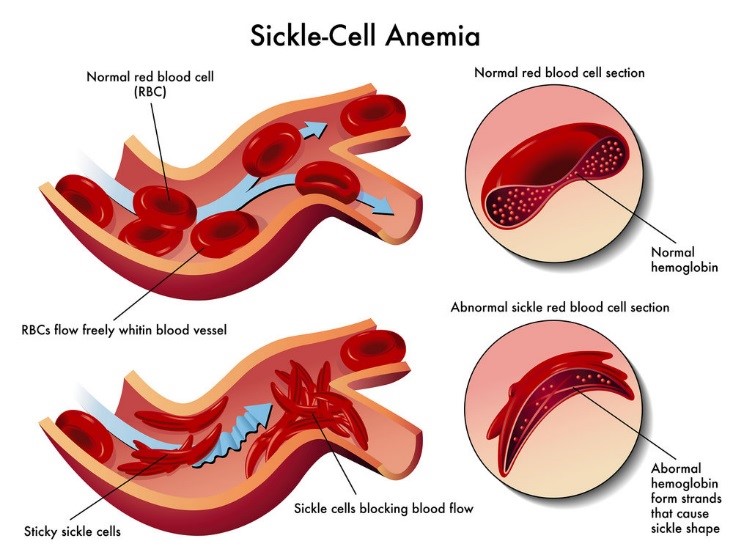 The Mayo Clinic provides a brief summary of the symptoms those with sickle cell may experience:

Obviously, this patient’s with sickle cell disease are much more at risk for these problems, but even those with sickle cell trait can experience symptoms…it’s just not as common.  And as you can imagine,   being at altitude, where there is less oxygen available, can increase the chance of developing symptoms.  A true mile above sea level in Denver, there is 17% less oxygen. Altitude affects an athlete’s performance.

A study by Dr. Inigo San Millan, who runs the sports performance program at the University of Colorado’s Sports Medicine and Performance Center in Boulder, looked at the effect of altitude on elite athletes.

The data from all those athletes led Millan to the conclusion that every for 1,000 feet of elevation gain, a person loses 2 percent of their ability to consume oxygen and gets exhausted 4 percent faster than they normally would.

Teams who practice at sea level tire 20 percent faster and transport 10 percent less oxygen in their bodies when they compete in Denver.

So does every NFL player with sickle cell disease or trait need to skip every game in Denver?  Of course not.  Many players have taken the field without acclimating (which takes 9 days) and come through without a problem.  Falcons RB Tevin Coleman thought about skipping the game in Denver but played without suffering any ill effects.  Green Bay RB Ty Montgomery reported blood in his urine following a game in Denver even though he didn’t think he took a hit back enough to cause it.  Raven WR John Brown has struggled with minor injuries but according to him and his coaches, his sickle cell trait has never been an issue, even when playing the Broncos at home.  There are also many athletes who play at Denver with sickle cell trait that haven’t publicly discussed their diagnosis.

The National Athletic Trainers Association developed a consensus statement for high school and college athletes with sickle cell trait based on medical studies.  The panel that wrote it was made up of physicians and trainers.  They recommend precautions and treatment but clearly state:

“There is no contraindication to participation in sport for the athlete with sickle cell trait.”

Keep in mind that when Ryan Clark returned to Denver for the first Steelers at Broncos matchup following his medical emergency, trainers tested him extensively and cleared him to play.  While I agree that Tomlin did the right thing to keep Clark safe on the sideline without a helmet, he probably could have played as long as he was using oxygen between plays.

So will any of the Steelers starters sit due to the altitude this Sunday when they face the Broncos?  I doubt it.  And don’t forget that one of the players rumored to have sickle cell trait is also the Steeler who trains harder than any other player in the NFL.  There will be plenty of supplemental oxygen available on the sidelines – even players without the sickle cell gene will struggle in the thinner air — and the trainers will be monitoring the players carefully.