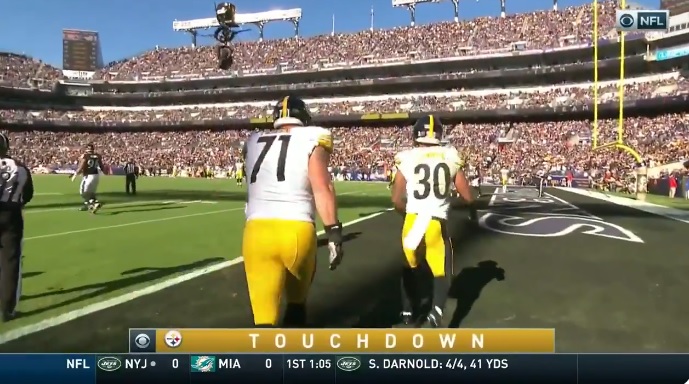 We spent a lot of time this week talking about the difference in possession downs from the first to second matchup against the Baltimore Ravens. How that was the critical difference in redemption from the Week Four loss. But the success and change from those Ravens games can be applied to the entire season.

If you want one stat to show why this Pittsburgh Steelers’ team has turned things around, your stop should search on third down.

Remember, the first month of the season, the Steelers were awful on third downs. Not average. Not meh. They flat out stunk. Since then? They’ve been the best in the league and that’s statistical fact, not hyperbole. Below, here’s how the Steelers ranked through their first four games versus the last four.

Like we wrote shortly after the Steelers knocked off the Ravens, the last two weeks have come against tough third down defenses. Baltimore and Cleveland ranked in the top ten before Pittsburgh played them. They converted 6/13 against the Browns followed up by a 10/16 outing against the Ravens.

During yesterday’s press conference, Mike Tomlin pointed to that success as the reason for Sunday’s win.

“In game one, we had talked about last time, leading up to he game, we were very ineffective in the second half [on third down]. Really it spoke to Baltimore’s defensive dominance. I thought our guys did a nice job of responding to that challenge and winning possession downs and thus controlling the ball. Time of possession which allowed us in a lot of ways to control the game. So that was a big part of it.”

Defensively, the Steelers have steadily improved week to week. That’s been a factor as well. But Pittsburgh wins games because of their offense, not their defense, and having success winning on third down, extending drives, setting up field position, getting points, puts a lot less stress on the defensive side of the ball.

I’m not sure if there’s even been a team to make this dramatic of a turnaround. But if it didn’t happen, I promise the Steelers wouldn’t have been riding the four game win streak they’re currently enjoying.