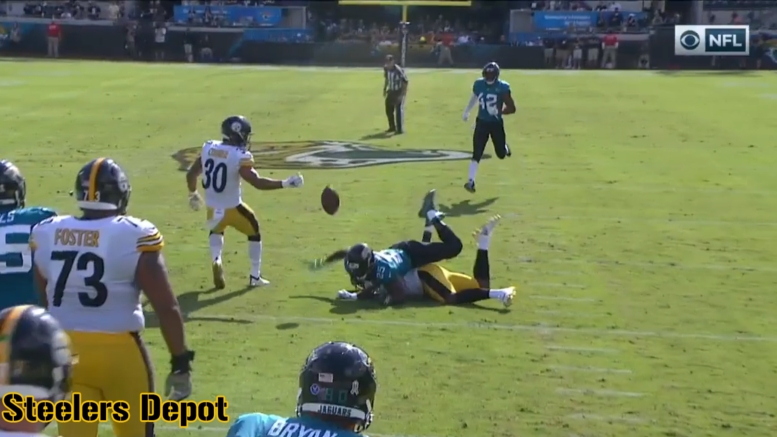 Leading up to yesterday’s game, the Pittsburgh Steelers’ leaders such as Head Coach Mike Tomlin and quarterback Ben Roethlisberger did their best to set the message that they were not fixating on the fact that the Jacksonville Jaguars had their number last season, and that this is a new year with new players involved.

Most of the rest of the team, even including defensive coordinator Keith Butler, spoke more openly about the fact that they couldn’t get the past out of their mind. Bud Dupree, for example, admitted that the sting of those losses wouldn’t subside until they beat the Jaguars.

They finally accomplished that, but it certainly wasn’t easy. Yet perhaps that made it all the more rewarding. Even a veteran like Joe Haden talked about how the games from a year ago were on his mind, and he did so again after the win.

“We were super excited about it”, he admitted, according to the team’s communications department. “We know Jacksonville is a ‘hit you in the mouth’ team. They have a very good defense, and they can run the ball very well. So being able to go in there knowing what their strengths are, and having them beat us twice last year, we just wanted to come out and try to get a win”.

Vance McDonald, coincidentally also another player who only joined the Steelers last season and never experienced a postseason game prior to coming to Pittsburgh, was another player hung up on the past, but he helped contribute to the present with a key touchdown.

“They stole two from us last year and this is big for us”, he said after the game. “Even though they don’t have a great record, they have an unbelievable defense and it’s a test for our offense to continue on and to produce. Obviously, we waited way to long to come back, but we did”.

Roethlisberger, of course, struck a different tone, saying after the game, “we just needed a win, period. It had nothing to do with the opponent, honestly. They beat us twice last year—we wanted to come get this win because we wanted to win the football game”.

Yet Roethlisberger couldn’t help himself in offering a little jab in saying that the Jaguars’ trash talking on the field added a little extra motivation, so even he had Jacksonville on the brain. This is fine when you get the result.

The loss today puts the Jaguars two games back for the final wildcard seed at the moment, with a 3-7 record, and there are currently four teams with 5-5 records, so they would need all four to lose at least half of their remaining games, barring tiebreakers, to get back to the postseason this year while winning their final six games themselves.