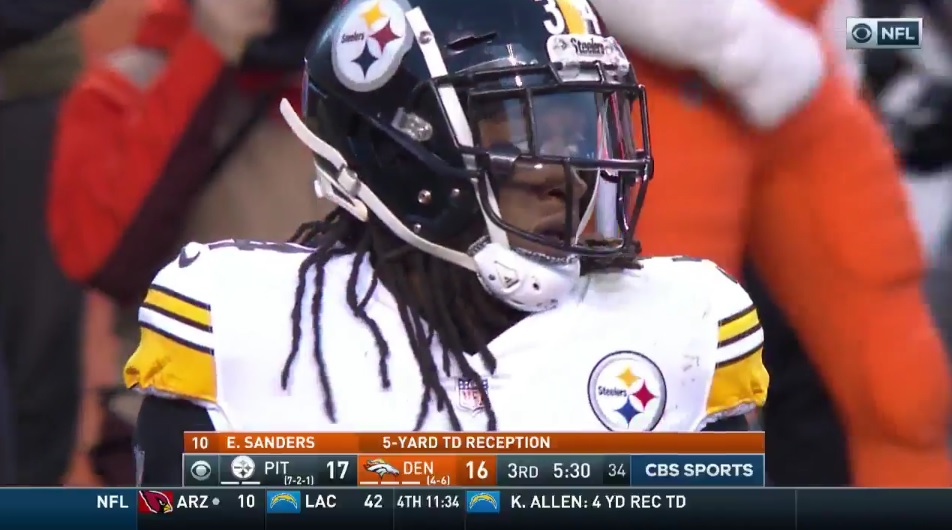 Defense wins championships. That’s the old saying. One that probably needs to be modified in a year where defenses consider themselves lucky to hold an opponent under 30.

Turnovers win championships. Defenses who can create big plays. That’s the key. Something the Pittsburgh Steelers continue to struggle to do.

Through 11 games, they’ve created just 12 turnovers. Six interceptions, six fumble recoveries. One-third of those turnovers came in one quarter, the first half dominance of the Tampa Bay Buccaneers back in Week Four. Over the last two weeks, a miracle comeback against Jacksonville and Sunday’s disappointment to Denver, they’ve forced just one – a strip sack of Blake Bortles on the final snap of the game.

It puts Pittsburgh 22nd in the NFL in takeaways and even worst in turnover ratio, 26th place. For the former, here are the teams who surround the Steelers.

Of the nine teams listed there, only two are in position to make the playoffs -Pittsburgh and Dallas. And the Cowboys are taking advantage of a weak NFC East and looked dead in the water two weeks ago before going out to acquire Amari Cooper.

Creating turnovers is what good teams – and Super Bowl winners – do. We wrote about this weeks ago when Mike Tomlin challenged his defense to make those impact plays. They did – for a short while.

Since 2008, the last Steelers Super Bowl, every champ has finished in the top half in takeaways. Only two have finished outside the top ten. The year-by-year finishes of the team hoisting the Lombardi Trophy.

So all this news is…bad. It’s not like this is a hidden goal. Tomlin and players have openly talked about how crucial it is to this defense.

“We gotta get more turnovers on defense. win the turnover battle,” Joe Haden said in the locker room after the Denver loss. “We want to protect the ball a little better but at the same time, on defense, we gotta be able to get the ball out. Gotta be able to create some turnovers, some picks, some forced fumbles. I think we gotta do better on that.

But wishing and hoping isn’t going to change anything. You’d think rush and cover would go together, like you hear about every other day. Pittsburgh leads the NFL in sacks and few teams blitz like Keith Butler. The pressure is there. So where are the turnovers? Maybe that’s the most baffling part. They aren’t giving up big plays when they blitz. They aren’t creating turnovers. It’s just…nothing. Nothing is happening like you think it would.

It’s a problem I had prior to the draft. Where are the playmakers? Hard to find any natural ones along this group since they lost Ryan Shazier, one of the game changers who was unavoidable. Offenses were scared of Shazier. Of Troy Polamalu.

Who are offenses scared of now?

There’s talent, obviously. Cam Heyward and Stephon Tuitt are an excellent duo. We’re watching Javon Hargrave get the chance to breakout. Joe Haden has been solid, Sunday aside. Sean Davis has settled into his free safety role, providing stability and comfort.

Stability and comfort are good for your mattress. Not always the only thing you need in a defense. This defense is still without a playmaker. They’re tied with the Lions for fewest turnovers created by their safeties. An ugly one this season, a Terrell Edmunds pick two months ago. Not good enough. Not by a longshot.

That’s tough to change, tough to scheme. Either you have the personnel or you don’t and that answer is generally revealed by this point of the season. Right now, the Steelers are a resounding no. And if any element holds back this team from winning it all, it’s this.