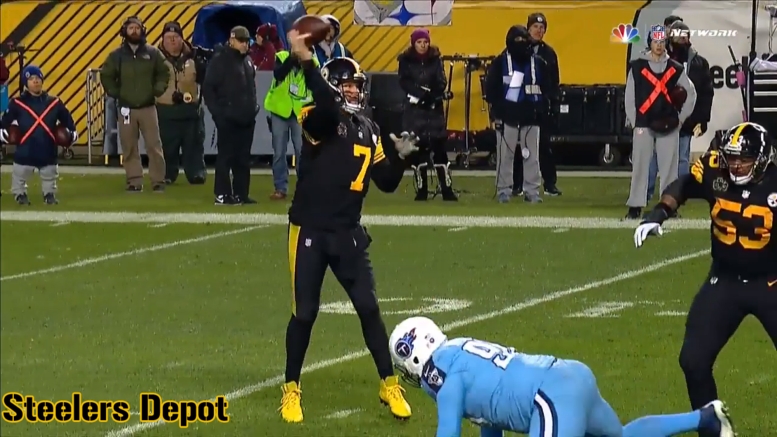 Luckily for the Pittsburgh Steelers their Thursday night game against the Carolina Panthers will be played at Heinz Field and thus they should have the advantage in that contest and especially on a short week. As far as the Steelers history on Thursday night home games goes, its mostly filled with positive results.

The Steelers enter Thursday night’s home game against the Panthers with a 7-2 home record in games played on that day of the week. They’re also 5-1 on Thursday night under head coach Mike Tomlin and have a margin of victory in those six games of 141-66.

The lone loss the Steelers have suffered on Thursday night under Tomlin came in 2015 against the Baltimore Ravens. That 23-20 overtime Steelers loss, in case you’ve forgotten, also included Michael Vick at quarterback in place of injured starter Ben Roethlisberger and Josh Scobee handling the kicking duties.

Vick wasn’t great in that game that included the Steelers offense going 2-13 on third downs. He was also sacked four times in total during that game and while he wasn’t intercepted, he probably should’ve been at least twice. He would only make two more starts after that loss to the Ravens and only finished one of them. It also wound up being his final season in the NFL.

Scobee also wasn’t great in that game as the veteran kicker who the Steelers had acquired via a trade just before the 2015 regular season got underway missed two key field goal attempts against the Ravens. The Steelers cut Scobee a few days later and he would never kick in the NFL again.

Last season, the Steelers played at home on Thursday night and beat the Tennessee Titans 40-17. Roethlisberger completed 30 of his 45 pass attempts in that game for 299 yards with 4 touchdown passes of which three went to wide receiver Antonio Brown. In the 6 Thursday night games in Pittsburgh that Roethlisberger has played in during his career he’s yet to lose on his way to throwing 10 total touchdown passes versus just 3 interceptions. His combined quarterback rating in those six previous Thursday night home games is 106.5.

What is Roethlisberger’s secret to getting himself ready for games that take place on short weeks?

“Rest,” said the Steelers quarterback during his Tuesday locker room session with the media. “Just try to do what you can to get as healthy as you can.”

As for the opposing quarterback the Steelers will face Thursday night, Cam Newton, he’s also played well on that specific day of the week and when on the road. In his three previous Thursday road starts, of which one was an afternoon Thanksgiving Day game against the Dallas Cowboys in 2015, Newton compiled a 2-1 record on his way to throwing 3 total touchdown passes and just one interception.

Both the Steelers and Panthers enter Thursday night’s meeting having won 5 of their last 6 games so it figures to be a great game with quite a bit of scoring. The Steelers, by the way, are 3-0 all-time against the Panthers in games played in Pittsburgh. Here’s to hoping Thursday night results in them improving that record to 4-0.