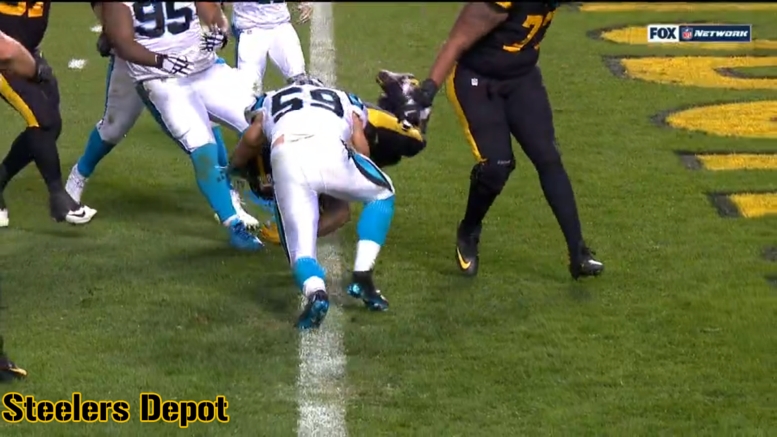 Nine games into the season, it’s actually somewhat hard to believe just how well the Pittsburgh Steelers offense is performing in the red zone in 2018. They have hardly squandered an opportunity, it seems, as after going four-for-four in last night’s game, they are now 22-for-28 on the year in turning trips inside the 20-yard line into seven points.

As it currently stands, that is the best mark in the NFL, a success percentage of 78.57 percent. They came into the week as the second-best offense in the red zone in the NFL at 75 percent, having converted on 18 of their 24 trips inside the red zone through their first eight games.

In fact, outside of the Week Four game against the Baltimore Ravens in which they scored 14 points in the second quarter from a long touchdown and two field goals, they have never posted a game so far this season in which they scored on fewer than half of their trips inside the red zone. They had just one possession inside the 20 in that game and failed to convert.

In every other one, however, they have gone, at worst, two for four, which is what they did against the Cincinnati Bengals on the road back in Week Six before the bye week. They ended up winning the game on an explosive play from outside the red zone, but went two-for-four inside of it, settling for field goals on two late possessions, which forced them to need a comeback in the first place.

Even their worst game of the season was their best in the red zone, as they went four for four against the Kansas City Chiefs, ending up losing that game by a score of 42-37, but the game really wasn’t as close as the scoreboard indicated.

In their first five games, during which they posted a record of just 2-2-1, the Steelers scored 11 touchdowns inside the red zone on 14 possessions, and two of those possessions resulted in unwise interceptions from Ben Roethlisberger, first against the Cleveland Browns in the season opener and then against the Atlanta Falcons. They went six-for-six combined on their other red zone possessions in those games.

The red zone offense was more or less a constant in both eras of the season, but the thing that really turned around was the third-down offense. In part thanks to their improved success on third down, they had the same number of red-zone possessions in four games as they did in five.