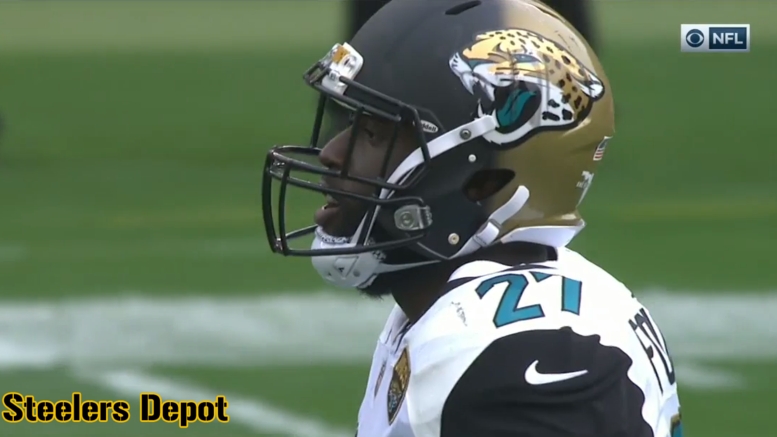 The Jacksonville Jaguars have only had Leonard Fournette available to them for three games so far this season after he multiple injures that knocked him out for an extended period of time. They went 2-0 in those two weeks, defeating both the New York Giants and the New York Jets (not necessarily a huge achievement, but proceeded to go just 1-5 without him.

Fournette returned last week and they put up a good fight, but still lost. The second-year running back, however, said that he was not playing at 100 percent capacity yet, at least not mentally, and that that will be different on Sunday when they host the Pittsburgh Steelers.

“I don’t second-guess my injury that I had or nothing like that. I go out there and play full force”, Fournette told the media this week, also adding that he was second-guessing himself physically on Sunday against the Indianapolis Colts. Regarding his confidence level, he said, “I have it now”.

He certainly had it in his two games against the Steelers last season. In Week Five of the regular season in 2017, he rushed for 181 yards on 28 carries with two touchdowns, including a 90-yard breakaway score at the end of the game to clinch it, 30-9. Then in the postseason, he added another 109 rushing yards on 25 attempts with three touchdowns, giving him 290 rushing yards and five touchdowns in two games at Heinz Field.

Fournette did concede that after missing six of the last eight games he will be playing his way into shape somewhat, just one game back from missing a few games. “It’s a difference”, he admitted. “No matter what you do during practice, it’s always different from the game – especially with the volume of carries you’re going to get and the amount of snaps you’re going to play”.

That limitation didn’t apply to the offensive playcalling on Sunday, however, as the Jaguars leaned on him for 29 total touches between rushes and receptions. Though he struggled with just 53 rushing yards on 24 attempts, he added 56 yards through the air on five receptions. He scored once in each way during the loss to the Colts. “We don’t have no pitch counts here”, he said.

Interestingly enough, the Jaguars have failed in every game this season so far to record 100 yards on the ground from their running backs. They have had over 100 yards a few times as a team when adding in quarterback Blake Bortles’ scrambles (he has 269 rushing yards on the season), but that is a clear indication that the ground game is not where they want it to be right now.

Where they want to be is where they were last season. In 2017, they led the league in rushing yards with 2292, and their 18 rushing touchdowns were second-most. Fournette had 1040 on his own, with Chris Ivory adding 382 and T.J. Yeldon and Corey Grant combining for another 501. Bortles added 322.