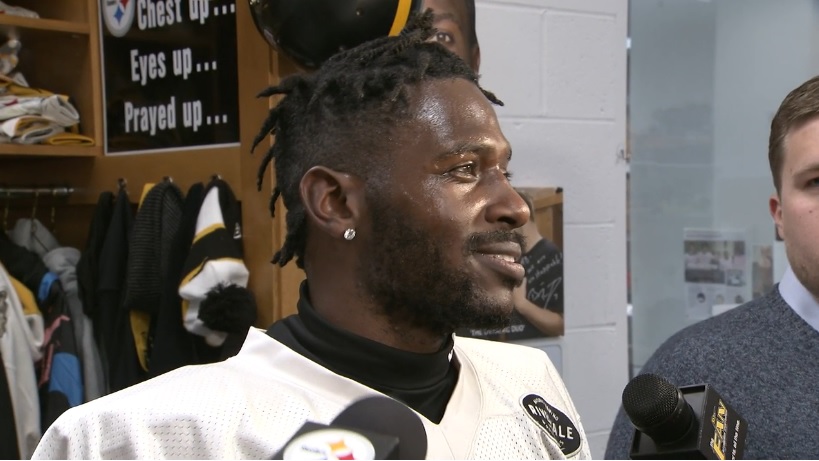 Friday, Brown told reporters he had no issue with anything Roethlisberger said.

“Ben’s my guy. I love him,” he said via Steelers.com. “Anything he says, there’s a method to his madness. It’s only going to inspire the group, encourage the group to be better. I know the type of guy he is. I know it can be misconstrued and changed in regards to how you guys put out there. But he means well. He’s here to inspire us all.”

Specifically, Roethlisberger said in his interview that Brown needed to run his route flatter on the final play. Had nose tackle Shelby Harris not picked it off, odds were good CB Bradley Roby – covering Brown – would have.

Brown pointed out Big Ben’s resume gives him the authority to say those things.

“He’s the only guy in this locker room who has a championship under his belt.”

That’s not hyperbole either. Roethlisberger is literally the only remaining player from the 08-09 Super Bowl winning team, now that William Gay and James Harrison are no longer with the club. There are a handful from the 2011 Super Bowl team, which lost to Green Bay, but only Roethlisberger has a ring.

AB made it clear he’s taking the comments constructively, not personally, and the media is blowing the story out of proportion.

“I got big shoulders. I can take it. Constructive criticism is only for you to get better. It’s not personal. It’s made to challenge you. It’s made to make you better. That’s my guy.”

From my view, and this is all speculation on my part, Roethlisberger included those comments about Brown because he was talking about a rookie. To show Washington that any player can be criticized, not just rookies you “punch down” on. Even future Hall of Famers like Brown can improve. When there’s fair treatment of everyone, rookies to superstars, players have a much better chance of buying in and positively responding.