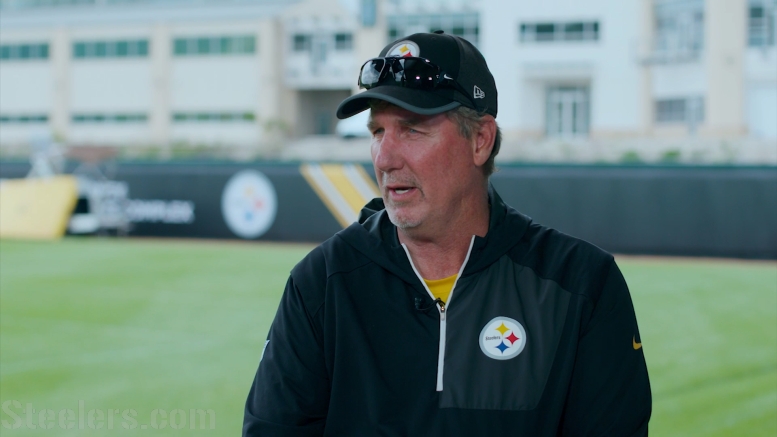 As we will do every Saturday to get you ready for the week’s game, our X Factor of the week. Sometimes it’s a player, unit, concept, or scheme. What will make or break the Pittsburgh Steelers during Sunday’s critical matchup against the Atlanta Falcons.

Really good discussion Friday on The Terrible Podcast that centered around one question: How would you stop the Atlanta Falcons’ offense?

If I was answering that? I honestly don’t know. Man coverage would probably be best but does this secondary have the talent to match? Not really, even with Mike Hilton’s return.

So Keith Butler, if there ever was a week to work some magic and maximize the talent on this defense, this is it. Something needs to change schematically to give the Steelers the advantage, even if it’s a slight one, or just figuring out an answer in situational football (third down, red zone, two minute).

I’m not expecting Atlanta to be shut out. They’re going to move the ball, get some chunk yardage, put up some points.

But containing good offenses when you’re on the wrong side of the talent equation is literally why he, and any coach, gets paid. It’s not like the Falcons have some sort of offensive mastermind as their offensive coordinator. It’s Steve Sarkisian, who the entire fanbase hates for hindering this offense and being unable to throw Julio Jones the ball in the red zone if he was sitting there wide open.

Even more, it sounds like the Steelers will replace Vince Williams with three options. According to the Trib’s Chris Adamski, the plan is:

Ok, that’s not very inspiring. But since that’s going to be the plan, no use in any of us fighting it, it’s going to be even more important than usual for the communication to be crisp and for the team to figure out its substitution problem. That’s not all on Butler, positional coaches play a role in that too, but the buck ultimately stops with him.

If there’s ever a week where Butler has to prove his worth, and obviously, that’s still every week, Atlanta is the one. Win tomorrow and you have three AFC North teams to right the ship. Lose? And the season is hanging by the balance and will certainly be decided based on what happens the next month. And if this team misses out on the playoffs, they’re looking for a new DC come January.