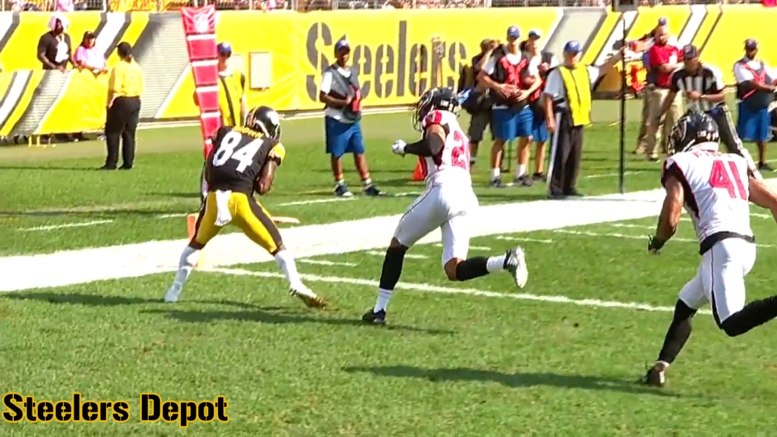 We’ve harped on it the second Todd Haley was shown the door, Randy Fichtner stepping in to take over the offensive coordinator spot.

Fichtner will essentially be defined by the success, or lack thereof, of the Pittsburgh Steelers’ red zone offense. So far, so good. Like, really good.

Through five weeks, the Steelers rank second in the NFL in red zone percentage, the number of red zone trips that ended in a touchdown. They’re sitting at 78%, barely trailing the Seattle Seahawks for first place.

I know that’s sort of expected given the weapons on this offense but for Pittsburgh, it’s a minor miracle. Under Mike Tomlin, it’s been downright baffling how ineffective and inefficient this team has been inside the 20. Only once in Tomlin’s tenure, his first year in 2007, have the Steelers finished top ten in red zone offense. That year, they came in 7th place at 59%. Here’s their yearly rankings since.

On average, they’re finishing each season in 16th place, dead-on average, at a disappointing 53.2%.

In Week One versus Cleveland, the Steelers were 2-3. Since then, they’re 9 for 11. Two of those absolutely weren’t of Fichtner’s doing; a pair of ugly red zone interceptions by Ben Roethlisberger against the Browns and Sunday versus Atlanta.

Of course, not all the credit can go to the OC. Players are making plays. But whatever has changed, it’s working, and it’s key for a team who relies on its offense to finish off drives, especially with a field goal kicker struggling to put it through the uprights. Perhaps Roethlisberger has more comfort with the playcalls, a better red zone script put together by he and Fichtner during their weekly gameplan.

That 78% number is bound to come back to Earth, only a pair of teams since 2014 have even finished the year above the 70 mark (Oakland in 2014, Tennessee in 2016), but there’s enough of a sample size to have a decent idea of how things will shake out by season’s end. And the Steelers are on pace for their best red zone success under Tomlin. Which means Fichtner is doing his job.

I dunno about you, but I’m doing a happy dance over here about it. It’s been a long overdue change.