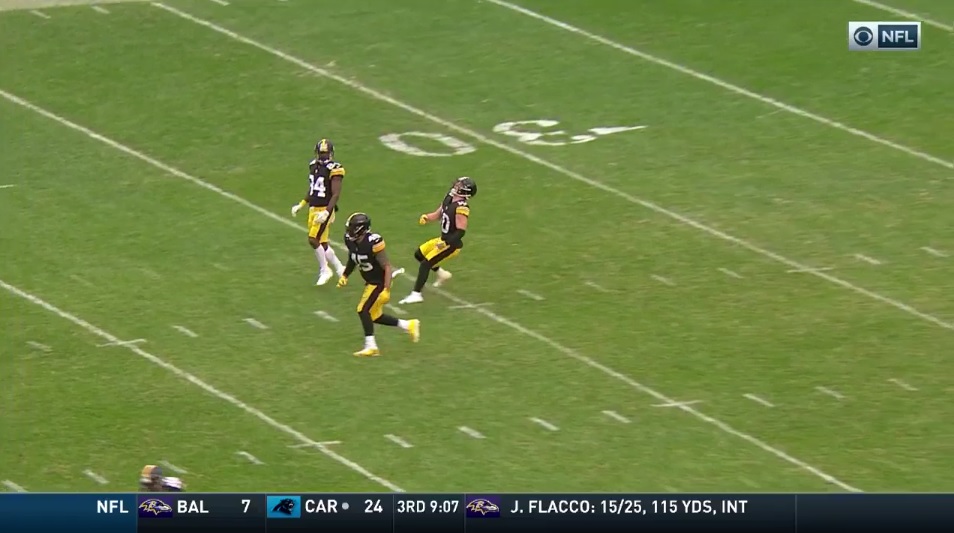 If it looked like Ryan Switzer didn’t know what the rules of the safety kick were, it’s because he didn’t. Switzer admitted as much to reporters after the game, according to this tweet from KDKA’s Josh Rowntree.

Rosie Nix refused to answer questions about the free kick after the safety. He instructed Ryan Switzer to do the same. But Switzer talked, taking blame and saying, "I've got to know the rules." He admitted that he thought ball would be dead, like on a punt. #Steelers

According to Rowntree’s tweet, Switzer thought the ball would be dead like calling for a fair catch on a punt. Kickoffs, however, don’t apply the same way. The ball is live beyond ten yards unless it lands in the end zone, where it’s automatically dead.

Nix called for a fair catch, causing Switzer to get out of the way, and all 11 Steelers staring at it until the Browns pounced. Antonio Callaway’s touchdown later in that drive made it a one-possession game.

Luckily, the Steelers’ offense responded in a big way, marching down the field with a touchdown to again make it a two-possession game. Following the win, Ben Roethlisberger said there was a little extra motivation to make up for the mistake.

“There was emotion because it was a roller coaster,” Roethlisberger told reporters. “We got a safety, the place is going nuts, we’re all excited. Momentum changes. Then that happens. And it’s like, ‘wait, what’s going on? How do we allow that to happen?’ Then they scored a touchdown and it’s like, ‘listen, offense, it’s on us. Let’s go take care of this. Go down and put points on the board. We take pride on answering when other teams score. That’s one of the things we always say. When the other team scores, we need to answer.”

It’s clear Nix doesn’t want to talk about the gaffe. In addition to Rowntree’s tweet, where he refused to talk about it and asked Switzer not to comment on it (credit to Switzer for owning it), Nix sent out this tweet after the game.

If there’s a time to be critical, this is it. It’s a mental mistake and had the Steelers lost this game, this sequence would be replayed over and over.

Maybe the anger shouldn’t be directed at the players. If what Switzer said is true, not being informed of the rules falls at Danny Smith’s feet. That isn’t putting your players in position to succeed. Like we wrote earlier this afternoon, this isn’t the first time they’ve been unprepared for a moment like this.