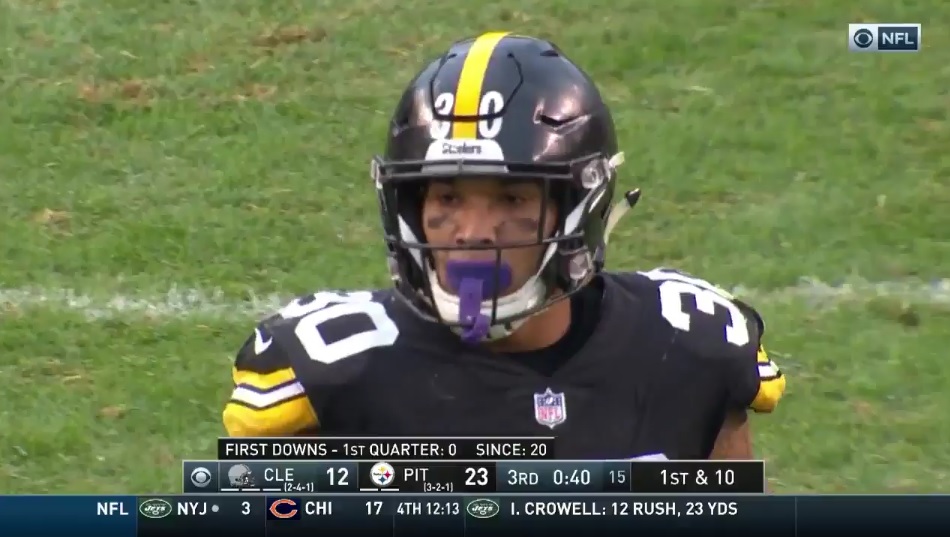 An impromptu chant for James Conner broke out late in the the third quarter Sunday, right after he dragged along three Cleveland Browns’ defenders for a 14 yard gain out of the backfield.

All of it most deserved on a day where Conner nearly outproduced the entire opposition, rushing for 146 yards while chipping in another 66 through the air.

In matters of perception, Conner is the anti Le’Veon Bell. Beloved by every member of Steelers’ Nation. The hometown kid. The amazing story. And equally impressive running back. Truly, a dream come true.

Speaking with reporters, Conner reflected on hearing those chants.

For the year, Conner is averaging a sizzling 4.7 yards per carry and is already closing in on 1000 total yards from scrimmage. He’s shown power, big-play ability, hands out of the backfield, and much improved blocking.

If we prorate what he’s done so far to the rest of the year, let’s assume Bell doesn’t show up at all, Conner is on pace to finish with 1369 yards rushing and 20 touchdowns. The former would rank fifth in franchise history, edging out Bell’s highest mark, while the latter would far and away be a team record. Franco Harris currently sits in first place with 14 rushing touchdowns, set in 1976.

If we assume Conner reaches both of those numbers, and that’s asking plenty, I know, he’d be the first player in the NFL to do so since LaDainian Tomlinson in 2006 and the tenth runner to achieve that feat ever.

Conner doesn’t say much on social media, and given Bell’s murky relationship with it, that’s a good thing, but replied to Pirates’ pitcher Jameson Taillon, the crowd chanting his name giving them both chills.

Thank you my brother! Gave me chills as well 🙌🏽

I can’t tell you exactly what the reception will be like if and when Bell returns. At best, it’s probably a mixed bag. But I can guarantee there won’t be a chant like that in his name as there was for Conner.