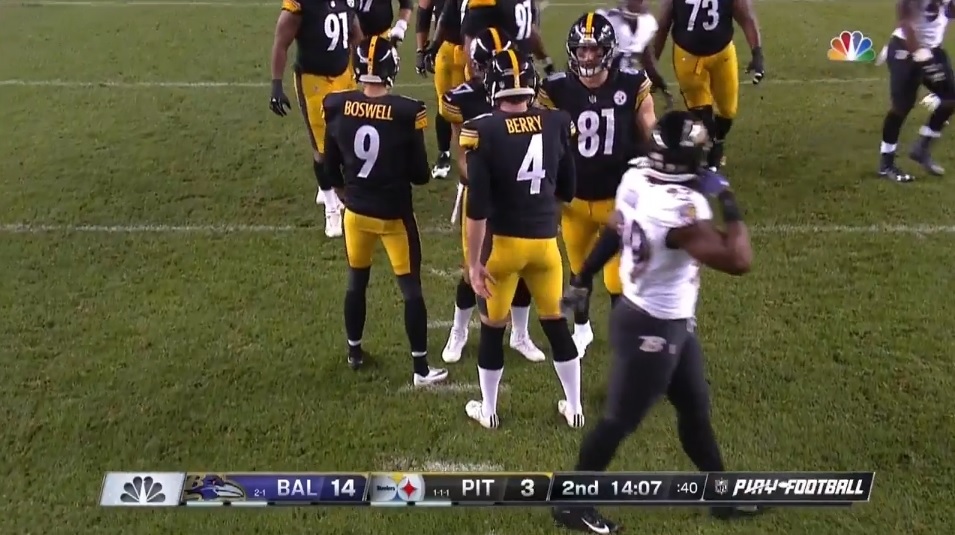 Chris Boswell is a good kicker.

He just had a couple bad games.

That’s how Danny Smith summed up the start to Boswell’s season. And with last Sunday’s solid performance against the Baltimore Ravens, hopefully a sign of a much better rest of the season than the beginning.

“Boz is a good player who hadn’t played good,” Smith said in the interview. “Hopefully we’re out of that rut. We’ve found some things in the technique of his game and we’ve made some adjustments last week and it showed in the game. He was 2/2 and he’s expected to do that. There’s nobody who works harder than him. He’s a great guy. He’s a good player who didn’t play good. That’s on he and I and we think we’ve found some solutions to that.”

Boswell missed five field goals over the first three weeks, matching the number of misses he had all of last year. Despite the shaky start, the team unequivocally stood by Boswell, publicly showing faith in him, and hopefully Boswell’s status isn’t questioned the rest of the way. Meaning, he makes most of his kicks the rest of the way.

Labriola and Smith compared working on Boswell’s game to that of a pitcher or golfer’s swing, using small changes to his mechanics for big results. Smith said they went back to the video to see what went wrong and cited two areas, of course not discussing them publicly, they corrected.

“It’s in footwork, it’s in approach, it’s in timing, it’s in operation. It’s in a lot of areas. Two specific areas that we found, we got it on video, we got it on video in practice, we adjusted that. Going to video in the game, looking at big kicks he made in the past, we went through that process. Then it goes back to muscle memory.”

If Boswell has another successful outing this Sunday, that’ll jog the memory of Steelers’ fans too. That this team has a really good kicker.