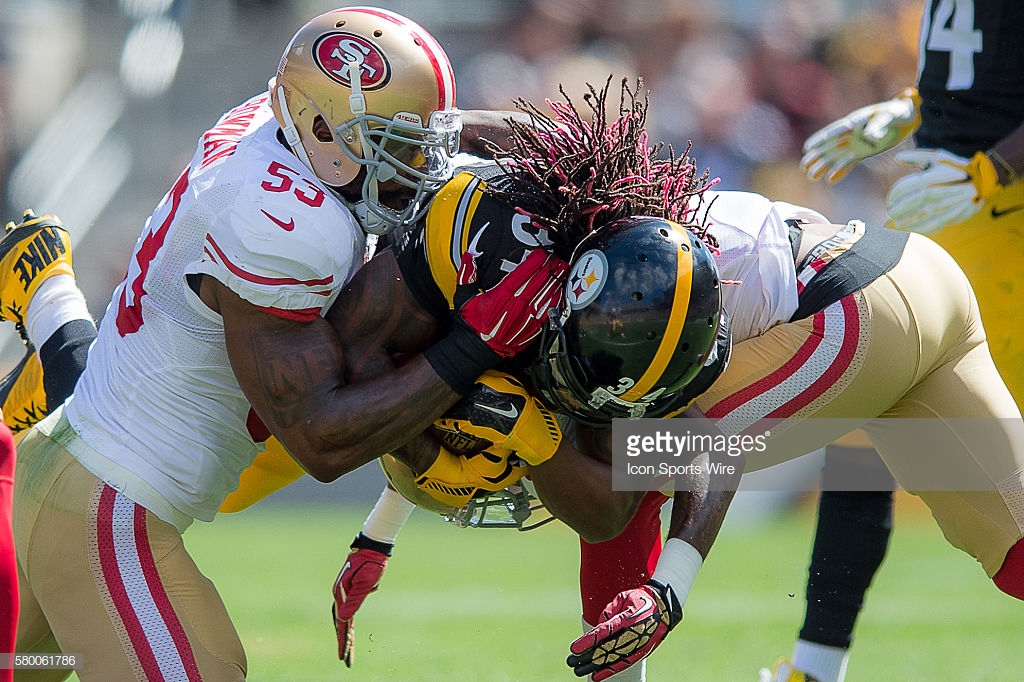 Oh, wait, the former San Francisco 49ers and Oakland Raiders linebacker is not like Beetlejuice? Well, nevermind then, but he is making an appearance in Erie. Despite the countless times his name has crossed the lips of Pittsburgh Steelers fans desperate for a warm body at inside linebacker that isn’t already on the roster, the former Pro Bowler is scheduled to visit the Cleveland Browns.

He is the second inside linebacker Steelers fans wanted to see in Pittsburgh, the first being Mychal Kendricks, who was released by the Philadelphia Eagles. The Browns moved in to sign him, then he was found guilty of participating in insider trading and promptly released, whereafter, of course, the Seattle Seahawks signed him.

So why are the Browns going after him now, despite already having three starters at the position? Well, the fact that they are taking a look at him is a bad sign for one of them. specifically Joe Schobert, who was a Pro Bowler last season as an alternate.

The third-year defender had played every snap of the season to gate before suffering a hamstring injury on Sunday against the Los Angeles Chargers that threatens to keep him out several weeks. The Browns are now kicking the tires on a veteran such as Bowman to see if he can be a temporary stopgap for them.

Over the course of the Browns’ first six games, Schobert had already compiled 49 tackles and one and a half sacks. He also had an interception, a forced fumble, and six passes defensed. He recorded 142 tackles last season while playing virtually every snap, registering three sacks, three forced fumbles, and an interception.

The team’s other two starters at linebacker are Jamie Collins and Christian Kirksey. Collins is second on the team behind Schobert in tackles with 38, plus two sacks. Kirksey, who has missed two games, has recorded 23 tackles on the year in additions to an interception.

Second-year James Burgess started in place of Kirksey when he missed two games. Yesterday, they waived him with an injury designation and promoted Xavier Woodson-Luster from the practice squad. He only signed to the practice squad on Saturday.

As for Bowman, he has been out of work since free agency began. Last season, while playing for both the 49ers and Raiders, he compiled 127 tackles in 15 games to go along with a sack and a half and an interception. That was one year removed from a significant knee injury.

Yet the three-time All-Pro has found it incredibly difficult to find any viable suitors. Will the Browns finally give him a chance?