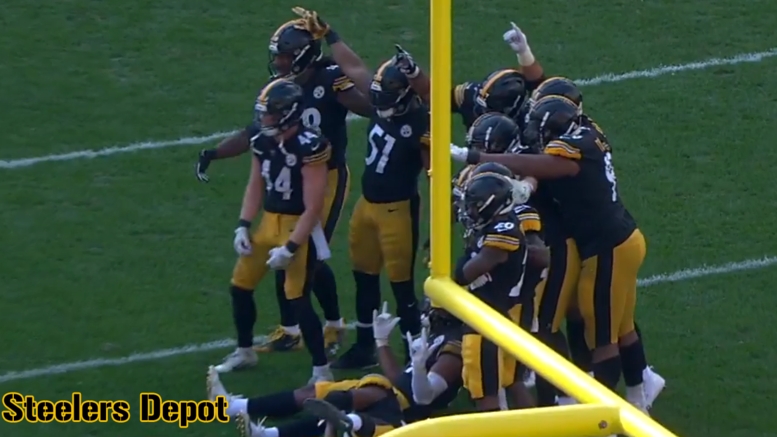 Question: Have the Steelers righted their ship going forward?

The Steelers have not gotten a second win under their belts, and this one was more convincing than the first, ultimately winning by a score of 41-17. The only other game they won ended with a margin of victory of three points, 30-27, though they held a 20-point halftime lead.

Yesterday, they led just 13-10 at halftime, but it should have been more. They had first and goal at the Atlanta Falcons’ seven-yard line with 34 seconds to play in the second half before Ben Roethlisberger forced two ill-advised passes to Antonio Brown. The first was nearly picked off. The second one—into triple coverage—was. They should have at least netted a field goal, but instead got nothing.

Still, the offense was impressive overall. They had nine meaningful drives during the game, not including an end-of-game scenario, and they scored five touchdowns on them, including on the first two drives of the first half and the first three of the second half. They punted only three times (two of them being three-and-outs), with the other drive nearly resulting in points, traveling 33 yards with two first downs before a bad throw resulted in none.

Roethlisberger threw for 250 yards and three touchdowns on just 29 attempts, while James Conner rushed for over 100 yards at more than five yards per with two touchdowns, with seven different offensive players getting a chance to catch a pass.

Defensively, they did give up over 300 passing yards, but that is likely to happen against a great offense that spends the entire game coming from behind. They came up with six sacks, and one of them resulted in a fumble that was recovered for a score.

Even the special teams came up with a blocked punt. It wasn’t perfect, but it was a good day all-around, without a lot of glaring mistakes. Does that mean that the team has cleaned up some of its biggest issues, or was this just what beating a 1-3 team looks like?