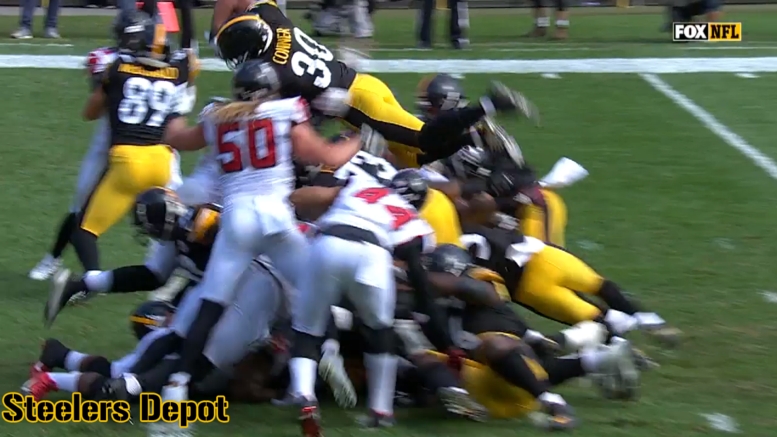 Question: Have you seen enough from James Conner to believe that he can be an every-down back on a championship team?

From the sounds of it, the Steelers may well have two featured backs within a few weeks. Le’Veon Bell is said to intend to report for the team’s seventh regular season game, at which point James Conner will have had six games of his own to stake his claim on the job.

It seems like a foregone conclusion that Bell will not be with the team in 2019, but the question is whether or not Conner will be an every-down, full-time starting running back. That is how he has been used so far this season.

In fact, at the moment he ranks seventh in the league in yards from scrimmage, and third in the AFC behind only DeAndre Hopkins and Melvin Gordon. His 342 rushing yards ranks seventh at the moment after his second 100-yard rushing game, and he has added another 239 yards through the air for 581 total yards of offense. That is only 14 yards behind Gordon for the league lead.

Sunday’s game was the most complete from him to date in his young career, rushing for 110 yards on 21 carries and adding another 75 receiving yards on four receptions. He rushed for two touchdowns, though he did have another fumble, which went out of bounds.

He has so far looked the part, overall, but has had long spells of below-average production (notice I said production rather than performance). He averaged just 2.1 yards per rush in two of his five games this season, for example, on fewer than 10 carries in each.

It’s reasonable to assume that he is at least as likely to continue to get better as he is to remain at his current performance level or to experience a regression. But is he a foundational piece of a championship team? They are 2-2-1 with him so far.