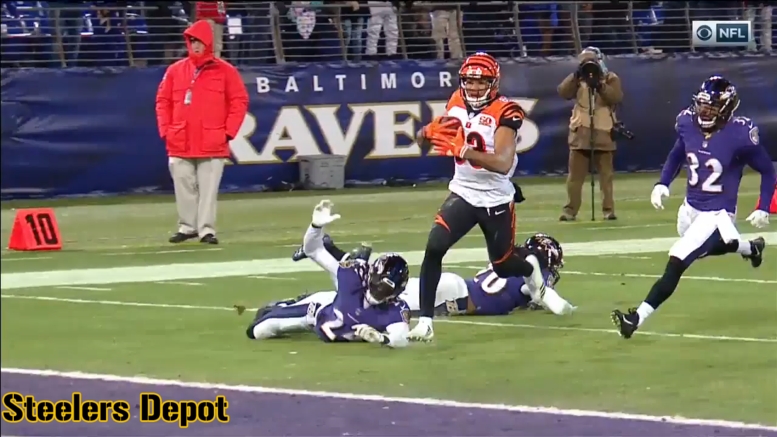 Last year’s installment was particularly crushing, as they had seemingly had the game won against the Cincinnati Bengals, a division rival who had nothing to play for other than helping to keep them out of the playoffs. But Andy Dalton connected with Tyler Boyd for a long touchdown at the end of the game on fourth and a mile—or so it seemed. It was actually fourth and 12.

Even with the loss, Baltimore still needed several other things to go wrong in order for them to miss the playoffs, and incredibly, they all happened. With the Buffalo Bills winning their game, they instead earned their first trip to the playoffs of this century.

Meanwhile, the Ravens who took part in that game are still exorcising those demons, and hope to right some wrongs tonight in their first game against the Bengals since perhaps the most pivotal one they’ve played against them in years.

Brandon Carr only joined the team a year ago as a veteran in unrestricted free agency, but the loss still haunts him. “If I were to say no, I’d be lying”, he told reporters. And he is surely not the only one, especially those who have been here during the down years since the Super Bowl.

While the team continued to restock on defense, the offensive side of the ball has been lacking, and was their primary source of failure a year ago. Which is why they chose to almost entirely rebuild their wide receiver room.

The Ravens have six wide receivers on their 53-man roster this season, and only one of them was there a year ago. That would be Chris Moore, who is not among their top three targets. Those would be John Brown, Michael Crabtree, and Willie Snead, all three of them veterans that were signed in unrestricted free agency.

In addition to those four are two wide receivers from this year’s rookie class—one a draft pick and one a college free agent. The team chose to move on from former first-round pick Breshad Perriman, who continues to look for a team.

While the Ravens are still waiting for first-round pick Hayden Hurst to get on the field, they have also looked to replenish the tight end room, taking two in the first three rounds, the other being Mark Andrews. Add to that Lamar Jackson and Orlando Franklin, and their draft had a very strong offensive theme. By no coincidence.