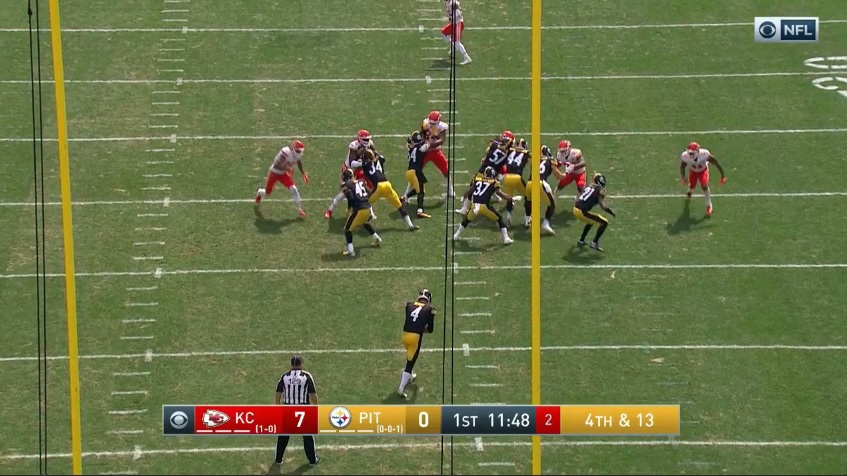 Jordan Berry’s days in Pittsburgh could be numbered.

“Net punting” is a phrase Mike Tomlin used repeatedly in his Tuesday press conference. Yes, that references the coverage unit. But also the punter himself. And Tomlin isn’t happy with Berry’s performance.

“I’m not comfortable with the results I’ve seen thus far,” Tomlin said. “It’s gotta be better. I thought field position was significant. Net punting. They did an awesome job and we gotta be better.”

Tomlin said “we may” when asked if he was working out any punters this week. It’s probably in the Steelers best interest to do so.

While Tomlin agreed the Steelers tried to play keep away from Tyreek Hill, they still could have gotten more distance out of Berry’s boots.

“We were trying to minimize their return man’s impact on the game for sure. But even with some of that directional stuff, it’s reasonable to expect us to be better.”

Punting problems began on the first attempt Sunday. De’Anthony Thomas ran back a 39 yard punt all the way to the Steelers 10 yard line. There was obvious confusion on the Steelers part, not knowing where the ball went and being late to react.

Later in the game, one of Berry’s punts traveled only 33 yards, setting the Chiefs up on their 35 yard line. They would find the end zone on that drive to take a 42-28 lead.

Through two weeks, Berry ranks 27th out of 31 qualified punters with a 42.3 yards per punt. Only four of his 12 punts have landed inside the 20, which is average or below average compared to the rest of the league.

Tomlin has expressed frustration with the punting team dating back to the preseason. Berry held onto his job, beating out Matt Wile. Wile, however, is only averaging 43 yards per punt, though 60% of his attempts have landed inside the 20.

The coverage unit, as mentioned, is also a problem. According to ESPN, the Steelers are allowing 23 yards per punt return. That’s the third worst figure in the league, trailing only the Chargers and Lions, both teams who have allowed punt return touchdowns already in 2018.