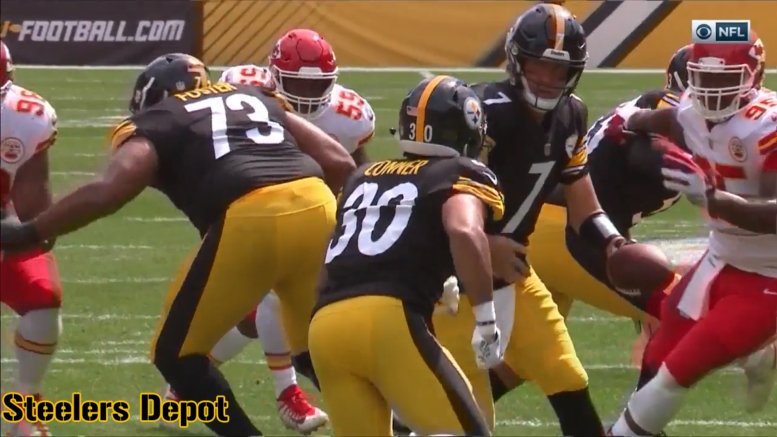 The Pittsburgh Steelers will play their fourth game of the 2018 regular season without running back Le’Veon Bell Sunday night at Heinz Field and that means James Conner will once again start in his place. While it’s easy to say that Conner isn’t on the same level as Bell is when it comes to how both players play the running back position, Conner sure has held his own in the Steelers first three games of the season just the same and Sunday night at Heinz Field he’ll be asked to produce heavily against the Steelers AFC North division rivals, the Baltimore Ravens.

Some will say that Bell’s slowish start in the Steelers first three regular season games of 2017 was a result of him sitting out the entire offseason and that’s certainly a plausible argument. With that said, Bell made the choice to do so. Slow start and all last season, Bell really turned things around in Week 4 on the road and against the Ravens.

Is Conner likely to touch the football 39 times Sunday night against the Ravens? It’s very doubtful and especially with fellow Steelers running back Stevan Ridley getting a few touches in games since Week 1. With that said, Conner still might touch the football 25-30 times against the Ravens and if he does, that might mean things have gone well for the Steelers as well as for the University of Pittsburgh product.

Obviously, Sunday is a big game for the Steelers as it’ll be against the Ravens and on Sunday night at that. It will be a big game for Conner as well as he’ll need to show that he can keep pace with Bell’s 2017 season, his second-best ever from a statistical standpoint, and do so against a division rival to boot.

“I think they’ve got a couple of good backs in there obviously doing a great job,” Ravens head coach John Harbaugh said Wednesday when asked about the state of the Steelers current running game without Bell. “Conner from Pitt, right there, is capable of breaking tackles and that kind of things.”