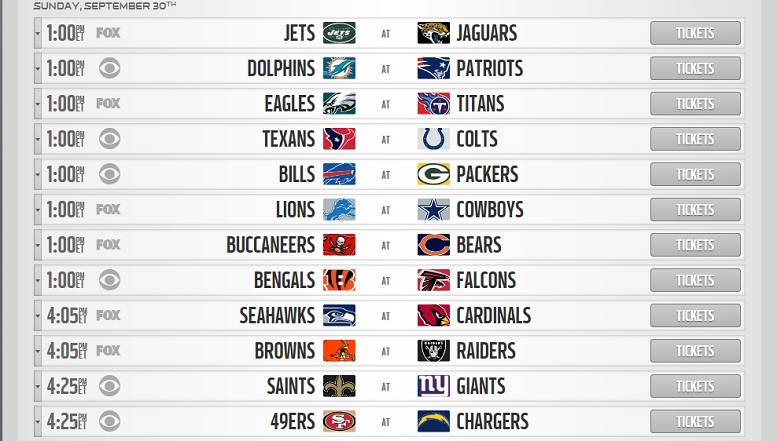 With the Pittsburgh Steelers not playing their Week 4 game until Sunday night, we can all sit back and enjoy a full afternoon of other NFL games on the television. Personally, I don’t get too many opportunities to do just that so I’m really looking forward to the full slate of games ahead on this Week 4 Sunday

The Week 4 Sunday afternoon schedule features a long list of games and that includes two AFC North teams in the Cincinnati Bengals and the Cleveland Browns both playing. The Bengals play the Steelers Week 5 opponent, the Atlanta Falcons, on the road Sunday while the Browns play later this afternoon on the road against the Oakland Raiders. Both teams are underdogs in their respective games and losses by both combined with a Steelers Sunday night win over the Baltimore Ravens will result in Pittsburgh leading the AFC North.

Curiously enough, the Steelers next three games after their Sunday night affair against the Ravens will be against the Falcons, Bengals and Browns.

We’ll use this thread to discuss all of the Sunday afternoon games and I’ll try to add several video highlights to this post as they become available. Have a great football Sunday and thank you for stopping by the site today.