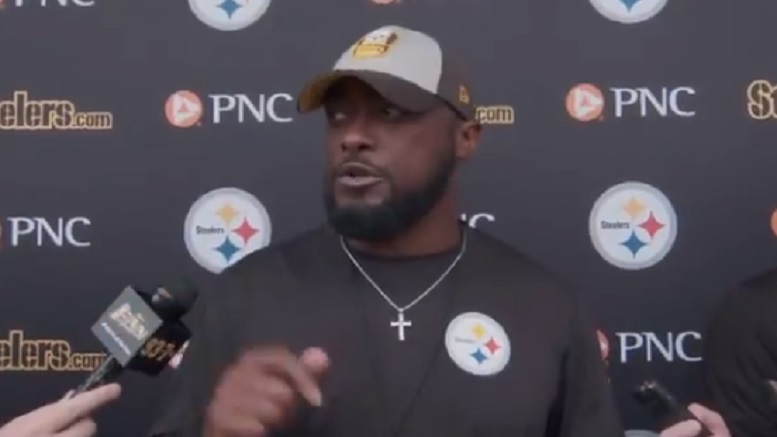 The Pittsburgh Steelers will host another Family Fest at Heinz Field on Sunday evening and the event will be highlighted by the team’s open practice at the stadium. The event will run from 5-9 p.m., and admission is $10 for all fans. After the team’s Saturday practice, head coach Mike Tomlin explained the benefits the team gets from having a practice at Heinz Field prior to their next home preseason game against the Tennessee Titans.

“We’re excited about getting into Heinz Field tomorrow for our work,” Tomlin said Saturday afternoon. “Always like to get into Heinz Field prior to our first preseason game to eliminate any angst associated with things not involved with the game, getting to the stadium, where people park, etc. So that’ll be a good serviceable day on that front. We’ll have a normal football day other than that.”

Coach Tomlin talks about the work put in today's practice, looking forward to #FamilyFest at @heinzfield and more. pic.twitter.com/hZFr5OLZhH

The Steelers plan on using this week in order to simulate as closely as possible what a in-season week for the team will be like so that the younger players on the roster that might ultimately make the team can experience it ahead of time if they never have before. According to Tomlin, the game planning for the team’s Saturday home game against the Titans will begin on Tuesday.

“We’ll get into some game planning things in a simulated week, if you will, when they come off the off day on Monday, but until then we’re focused solely on us,” Tomlin said Saturday.

The Sunday night practice at Heinz Field should get underway at around 6:30 p.m. EST and our very own Alex Kozora will once again be present for it and he’ll file a report of what he sees later in the night once he returns home.

Tomlin will address the media after practice is over and I’ll immediately pass along to you anything that he says that has significance.