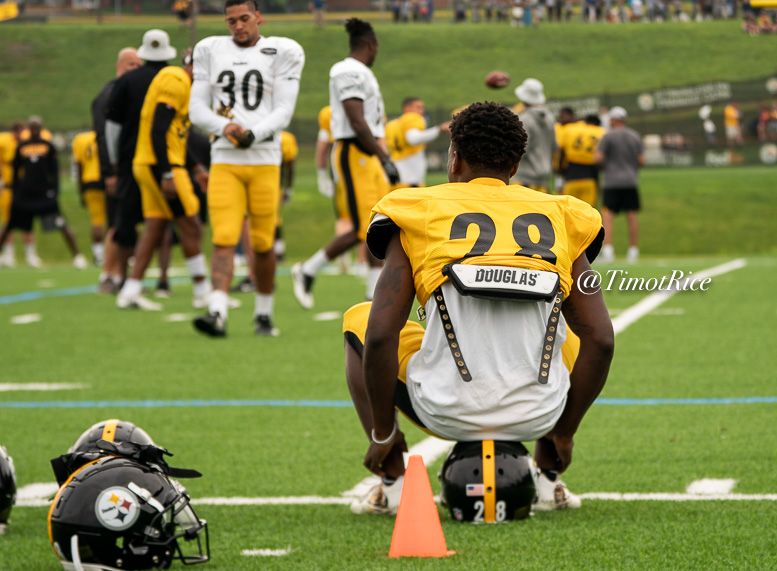 Let’s face it. Preseason is about a lot of guys riding in on a horse with no name, they feel good just to get in the game.

Sadly, for too many of them they will find themselves all too soon riding into the sunset.

At this point of the year, all thirty-two teams are legitimate Super Bowl contenders as parity in the National Football League these days allows for last year’s dregs to mount a surprise rise out of the ashes.

Well…maybe not the Cleveland Browns. Some teams are just carefully engineered to star on Hard Knocks.

Still, the Pittsburgh Steelers are dealing with some serious expectation hangovers from the last couple of seasons.

Steelers fans don’t like to be wrong for that long as they’re belting out heartfelt versions of “I’ve got a feeling…” And..gasp…it’s been nearly a decade now since the Steelers have raised a Lombardi.

Was last season the best hope for Steelers Super Bowl aspirations? Is Steelers Nation going to have to brace itself for an unfortunate slide of their beloved team down the league rankings?

How about we give this the first Spin of the 2018 preseason to get some answers?

The preseason is all about the rookies. As much fun as we have geeking out during the NFL Draft week, it’s in training camp where we’ll get to open the presents under the tree and see what’s inside.

I can’t remember a season where I’ve been less excited about the Steelers rookie class. This isn’t because they aren’t high quality prospects and that the team selected poorly. Not at all.

It’s just there doesn’t seem to be an immediate and significant upgrade anywhere among this year’s selections.

Terrell Edmunds? Maybe he’ll be a solid contributor for years to come. But a Troy Polamalu or Rod Woodson type of first round impact? I’m not seeing that…yet.

What about James Washington? I think he’ll be a great Steeler…just about the time that Mason Rudolph takes over the reins. The JuJu Smith-Schuster story aside, most young receivers take a couple of years to find their way into full productivity in the Steelers system and I have concerns we won’t have a blazer to stretch defenses this year.

Love…love…the Rudolph pick. But he’ll be on the shelf for years until Ben Roethlisberger decides to take him down.

Okorafor. A project. Although I think he’s looking sharp. Marcus Allen will have to fight to stay on the 53-man roster. Jaylen Samuels will take time and will be behind James Conner in the mix anyway. Joshua Frazier will probably be content making the practice squad.

Does that mean it was a bad draft for the Steelers? Absolutely not. Rudolph could well be the steal of the draft and the Steelers quarterback of the future, and Washington could be his personal Antonio Brown for years to come. I like what I see in Chuks. Samuels could be a pleasant surprise down the road.

It could end up being one of General Manager Kevin Colbert’s best draft years when it’s all said and done.

Bell Ringing In My Ear

The Will-He, Won’t-He Le’Veon Bell Show has grown weary and tiresome for even the most patient of Steelers Nation who for the most part are now all of a similar mindset: “That’s a rap Le’Veon”.

When a guy gets suspended more than once early in his NFL career for violating the league’s substance abuse policy…he ought not to be surprised if the team that stood behind him doesn’t want to lower by helicopter pallets of guaranteed cash onto his palatial grounds.

Yeah…he’s so talented. He’s a generational player. He could play three different positions standing on one foot with a hand or two tied behind his back. We get all that. But, Le’Veon never really was a Steeler. He never bought in. And he’s officially a journeyman now. A high priced, super talented journeyman.

They Don’t Have Jack

Who can forget the wise football words of Joni Mitchell who sang, “Don’t it always seem to go that you don’t know what you’ve got till it’s gone.”

Do you remember the enthusiasm we had for the young Steelers defense toward the middle of last season? Joe Haden had come in and brought a confidence to the secondary and they were all swarming to the ball and creating turnovers.

That was until the Ryan Shazier injury. Man…you don’t know the full greatness of a player until their absence is experienced. And we were touting him to hilt as it was. I guess were too modest in our praise.

The defense never recovered, and it’s not looking overly likely they will be that much improved this year. There is just no getting over the reality there is a gaping hole in the middle of defense. At least by any Pittsburgh Steelers metrics.

We’re a full Jack Lambert away from being able to shut down top offenses. Or Jack Ham. Or Levon Kirkland. Or…Ryan Shazier.

I realize most Steelers fans still believe Le’Veon Bell is an indispensable element of the team’s Super Bowl pursuit this year…but if I was sitting in the big fancy leather chair in the front office…I would be dialing and smiling with any team remotely interested in making the year’s top blockbuster trade.

For those worried about the Sophomore Slump for JuJu Smith-Schuster his 71-yard touchdown play against the Philadelphia Eagles should put those fears firmly to rest. It was the quintessential JuJu moment…a little shove, then bumbling and stumbling and somehow miraculously just staying out of the clutches of the defenders as his cleats threw up clouds of endzone chalk.

Get your popcorn and movie tickets ready. This will be another Hollywood season for the young man. The first of many, many to come.

This isn’t breaking news…but oftentimes Ben Roethlisberger has had more drama queen in him than Freddy Mercury. One of his worst performances in this arena was his “maybe I’ll retire” saga that plagued his team and his fans the entire offseason a year ago.

But give the man all of the credit he’s due. He played lights out last year, capped off by an unbelievable individual performance in the playoffs. Forget about retiring…he wants to play for five years now and wants a contract extension.

He’s got the offensive coach of his dreams, a line that will put their lives on the line for him and he’s showed up to camp in better shape than he has years.

Want something to get really excited about Steelers Nation? Big Ben just might be super primed for a Super Bowl run…or two…or five.

Let’s get this on!