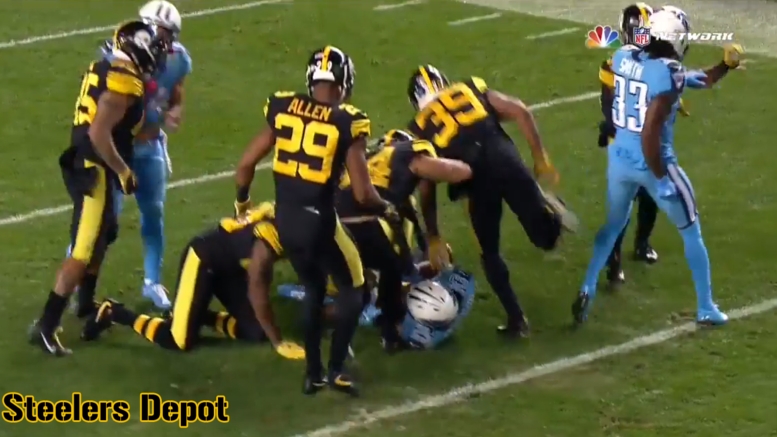 Everyone on the 53 man roster is a starter.

Maybe not on offense. Maybe not on defense. But if you’re not starting on either of those units, you better get the nod on special teams. That’s the goal for the backups and reserves fighting for a roster spot. And the way to get Mike Tomlin to keep you around.

Sure, there are rare exceptions, like WR Justin Hunter, who offers zero value there but the team clings to. He just proves the rule. Speaking with Steelers.com before today’s preseason opener, Tomlin harped on the importance of the third unit.

“I often tell these guys that in September in the National Football League there is no third team,” he told Bob Labriola. “So if you’re on the third team in August, you better do what it takes to get off the third team.”

That means excelling when the specialists make their way onto the field. Kick return, kick coverage, punt block and rush, all paths to avoid getting handed a pink slip – the dreaded knock on the door from the “turk” – at the end of the preseason.

“Show awareness and production in special teams,” Tomlin said when asked what guys have to do to make the team. “If you’re talking about a guy who’s new to us and hasn’t had a role on this team in the past and he’s really trying to drop a stake in the ground and show he’s serious about earning a spot, then it’s production in teams.”

Look no further than Roosevelt Nix. A complete afterthought when he was brought into camp switching from ILB to the backup FB, he played his way onto the roster with stellar performances on special teams. Nix cemented his roster spot with a punt block in the finale against Carolina. Now, he’s a Pro Bowler who earned a nearly $7 million contract extension in the offseason. A true rags to riches story all because of the impact he had on the coverage unit.

Dave Bryan compiled an important list of names who are in a similar boat that you definitely should check out. Marcus Allen, Matthew Thomas, and Marcus Tucker all need to excel there to ensure a roster spot. That’s step one to making it in the NFL. Play well on special teams, hang around the roster, and eventually, an opportunity opens up for work on the offensive/defensive side of the ball.