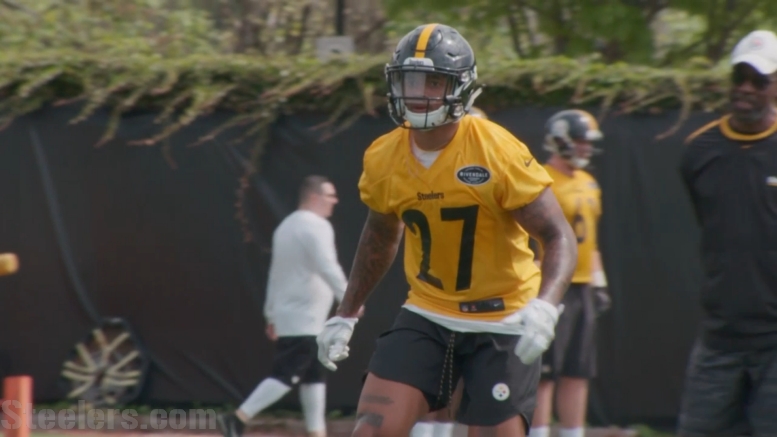 The Pittsburgh Steelers first preseason game of 2018 will take place Thursday night against the Philadelphia Eagles and it will mark the first opportunity for several young or new players to impress the coaches in an NFL stadium. While several of these young players will be watched closely Thursday night when it comes to the positions each plays on either offense or defense, how each ultimately plays on special teams will go a long way in helping their overall cause when it comes to making the 53-man roster.

Below are several young or new Steelers players who should have special teams play watched very closely Thursday night against the Eagles.

S Marcus Allen – The Steelers drafted Allen in the fifth-round this year out of Penn State. While he is a drafted player, there’s currently no guarantee he makes the 53-man roster this year just the same. Allen is a thumper and a relatively decent tackler. Because of that, in addition to him being put together well, he will be expected to make his mark throughout the preseason on special teams.

OLB Keion Adams – Because of an undisclosed injury that has forced him to miss a few recent practices, it’s still unclear at the time of this post if Adams will finally make his NFL debut Thursday night against the Eagles. The Steelers 2017 seventh-round draft pick out of Western Michigan missed all of his rookie season with a shoulder injury so it’s important for him to get on the field as much as possible over the course of the next four weeks. If Adams does play Thursday night, he’ll be expected to make an impact on special teams in addition to making a few plays on defense as an outside linebacker.

ILB Matthew Thomas – Thomas, one of the Steelers higher priority undrafted free agents signed this year, should get plenty of work in the Thursday night game on defense. Additionally, the Florida State product will more than likely see a high amount of snaps on special teams against the Eagles. The Steelers expect all of their young linebackers to be strong special teams contributors and we’ll now look for him to deliver in that phase of the game Thursday night because of that.

OLB Olasunkanmi Adeniyi – Adeniyi, like Thomas, was one of the Steelers higher priority undrafted free agents signed this year. The Toledo product figures to be a very tired individual at the conclusion of the game against the Eagles as not only will he likely see a large amount of snaps on defense due to injuries at the outside linebacker position, he also figures to get a lot of burn Thursday night on special teams as well. When it comes to his overall build and athleticism, Adeniyi is more in the mold of former Steelers outside linebacker James Harrison, who wasn’t all that bad of a special teams player early in his career.

WR Quadree Henderson – According to Henderson, he will be the Steelers starting punt and kickoff returner Thursday night against the Eagles. While listed as a wide receiver, Henderson will definitely need to make a huge impact as a return man during the preseason if he wants to have any shot at making the 53-man roster this year. He excelled as both a punt and kickoff returner at Pittsburgh and it will now be interesting to see if he can carry that over into the NFL and especially with their being new rules this season related to kickoffs.

WR Damoun Patterson – Patterson, who wasn’t signed by the Steelers as an undrafted free agent until after the team’s rookie minicamp this year, has had some buzz associated with him in the early stages of this year’s training camp because of his play at wide receiver. Patterson enters the NFL with a nice looking special teams resume from his time at Youngstown State. He’s a physical wide receiver and thus should be expected to make an impact a few times on special teams during the preseason. If he hopes to make the Steelers 53-man roster this year, he’ll likely need special teams coordinator Danny Smith in his corner come final cutdowns for that to ultimately happen.

WR Marcus Tucker – Tucker had a lot of pre training camp buzz surrounding him because of the time he’s already spent with the team on their practice squad. With that noted, Tucker’s training camp showing thus far hasn’t been what many expected it to be, according to several first-hand reports, and he recently missed practices due to an ankle injury to boot. Tucker showed a year ago during the preseason that he’s a capable special teams player and this year more of that will be expected.

RB Jaylen Samuels – The Steelers rookie running back should get quite a bit of playing time and carries Thursday night. Additionally, while he isn’t likely to log an extensive amount of special teams snaps against the Eagles, he should get some. He wasn’t asked to block very much at all at North Carolina State and while he did play some on special teams early on his college career, his overall resume in that phase of the game isn’t overly impressive. While Samuels might ultimately make the 53-man roster regardless of how he plays during the preseason on special teams, he certainly will help his cause if he can manage to make a few tackles or deliver a few nice blocks.

S Nat Berhe – Barring something totally unforeseen, Berhe should make the Steelers 53-man roster this year as a backup safety. He’s also likely the front runner to be the special teams captain as well. Berhe figures to be a core special teams player in 2018 and that includes him being the upback on the punt team. It would be nice to see him show us one of the reasons why the Steelers signed him as an unrestricted free agent starting Thursday night in Philadelphia.