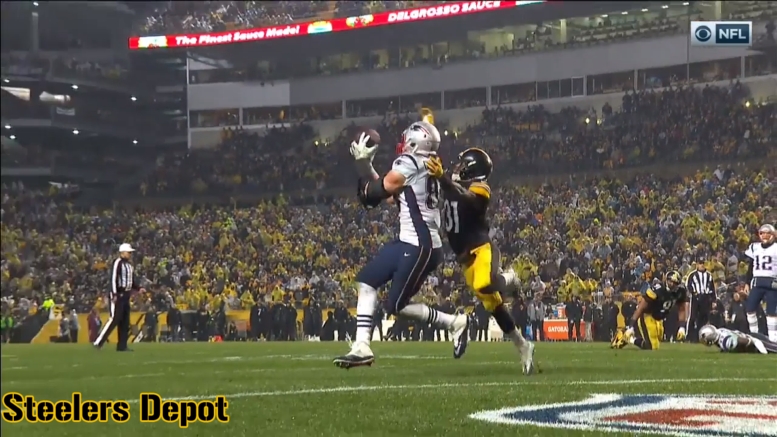 Last year around this time, I ventured into the Rob Gronkowski problem that has plagued the Pittsburgh Steelers since the turn of the decade here. Now, a full year later, I think the situation needs some editing and clarification. The Gronk problem is probably more than just a problem at this point, it is a full out terminal disease that has been affecting the organization for the last eight years. There seems to be no treatment, no cure, barely even a solution. Now, here the team lies, a full year later and yet again another Gronkowski-like performance later, let’s see just how much worse the issue has become.

Another year, another potential solution belittled at the hands of the Steelers kryptonite that is Gronkowski. The Steelers tried using safety Sean Davis on him last season and the results were, well, ugly to say the least. The New England Patriots tight end had his biggest game against his home state team in his career, recording nine receptions for 168 yards and a critical two-point conversion. Just reading that sentence may trigger some traumatic experiences for Steelers fans so get your Pepto-Bismol ready because what comes next may be sickening to some. 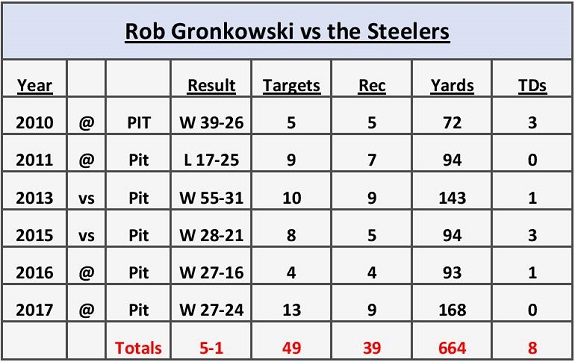 Gronkowski has averaged over 100 yards per game and more than one touchdown per game against the Steelers. His 664 receiving still trails only his AFC East foes for career bests and is only 24 yards less than his career numbers than the Miami Dolphins, whom he has faced 11 times, compared to the six matchups against the Steelers. His catch percentage is almost 80-percent at 79.6-percent, an incredible rate that players using Stickum would even be jealous of.

As the Steelers head into the 2018-2019 season, they have to wonder what is next? Gronkowski is due back again this season, and perhaps this year will be a reversal of fortune. The Steelers have a new handful of options they can use, there is still the tall Brian Allen, along with new safety Morgan Burnett in place of Mike Mitchell and there is rookie Terrell Edmunds, who’s versatility and playmaking ability has already been on display at training camp. The past is the past and the Steelers-Patriots matchup this season will be a chance to present a new treatment for the Gronk problem.