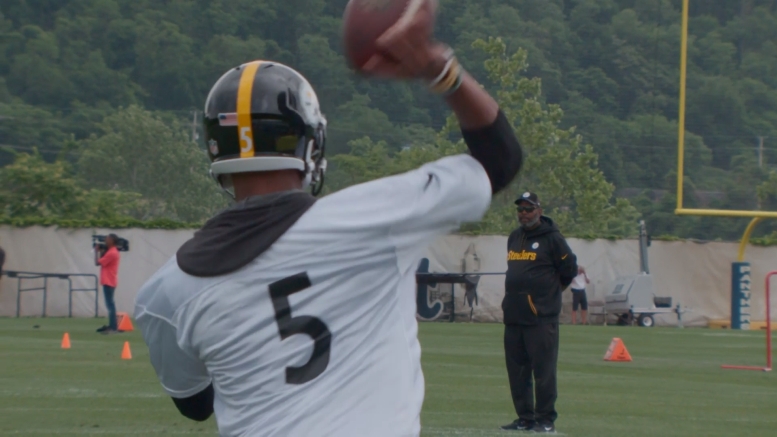 Don’t think this will come as a huge shock to any of you but Pittsburgh Steelers quarterback Josh Dobbs is expected to be available in trade talks as the roster cutdown date approaches. That comes from a report by NFL Network’s Ian Rapoport, who tweeted out the following earlier Wednesday morning.

Dobbs will start tomorrow’s preseason finale against the Carolina Panthers, a final showcase as the Steelers at least entertain ideas to move him. He’s currently the odd man out on the 53 man roster unless the team carries four quarterbacks but that’s nearly unheard of these days.

Rapoport doesn’t explicitly name any teams interested though the backup QB market seems to be robust this time of year. The Seattle Seahawks just traded a 6th round pick for the Packers Brett Hundley. And in addition to the names listed above, there’s also Teddy Bridgewater and Robert Griffin III, two other names who have been floated out in trade talks over the last several weeks.

We recently created a scenario where the Steelers send Dobbs to the Kansas City Chiefs in exchange for a 7th round pick. Nearly the entire AFC West would make sense for him. Jon Gruden was high on Dobbs coming out of Tennessee and the Denver Broncos have a need at #3 if Paxton Lynch gets released, as has been speculated.

Kevin Colbert has been one of the busiest GMs at preseason trades so don’t be surprised if it’s another busy week in Pittsburgh.