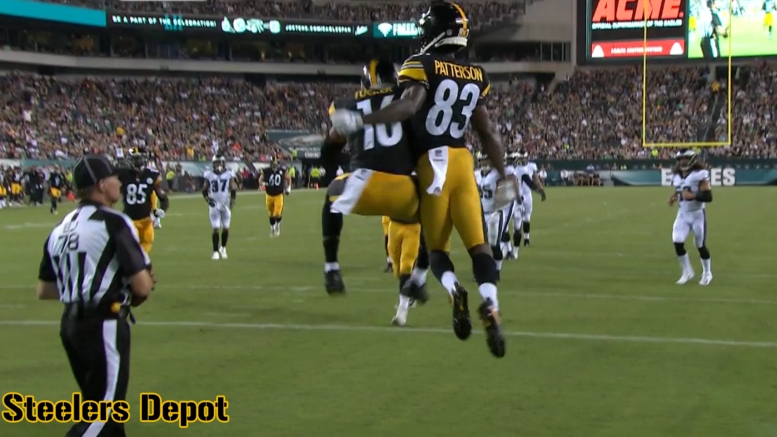 Everybody who watched the Pittsburgh Steelers’ debut preseason game on Thursday realizes that certain players such as Damoun Patterson and Olasunkanmi Adeniyi had promising performances. Others had maybe not so memorable games, such as Dashaun Phillips or Tyler Matakevich.

The common theme that ties both groups of performances together, though, is that they’re in the past. You can’t take what you did in the last game into the next one. Patterson and Adeniyi should feel good about what they did last week, but can’t expect it to continue. Phillips and Matakevich know that they have to be better.

And that is just what Head Coach Mike Tomlin said that he was hoping to get a look at over the course of the coming week from his players. Whether it’s the players who had strong performances or those who might have had bad games or bad plays, what he’s most interested in seeing is finding out how they respond to whatever it is that they did on the field during their next opportunity.

“I just want to see their ability to move on”, Tomlin told reporters when asked about his expectation of players who had good performances as they move forward. “Not only guys that played poorly or had a bad play but guys that played well and had good plays”.

For the head coach, it’s all simply a part of the process, not just for the preseason but for every week, and a big part of player evaluation is about just that: judging how players handle their performance from week to week and how it could ebb and flow. How do they respond to playing well or poorly?

“Regardless of circumstance, we’ve got to prepare, play, analyze, and repeat process, and use that analysis in our later preparation”, Tomlin said about the ongoing nature of this undertaking. “So I’ll be interested in how all of these guys respond to that first performance whether it was perceived to be good or bad”.

I’m sure most of us who frequent this site have spent a lot of years watching football, and that includes the fourth quarters of a bunch of meaningless preseason games in which a bunch of fourth-string players who will never play a snap in a regular season game are on the field.

We all know, because we’ve seen it time and time again, that there are some players who will come on strong but will be unable to sustain it for two or three games over the course of a preseason and fall short of making the team. We have seen players who found failure early and were never able to recover from it, whether the culprit was physical or mental.

That’s why it is so important to frame a performance not just within its own context, but also within the understanding of what happens before and after. How does it reflect upon a larger body of work? How does it inform where a player came from and where he’s going? That’s what the preseason is about when it comes to determining who has what it takes to be an NFL football player.